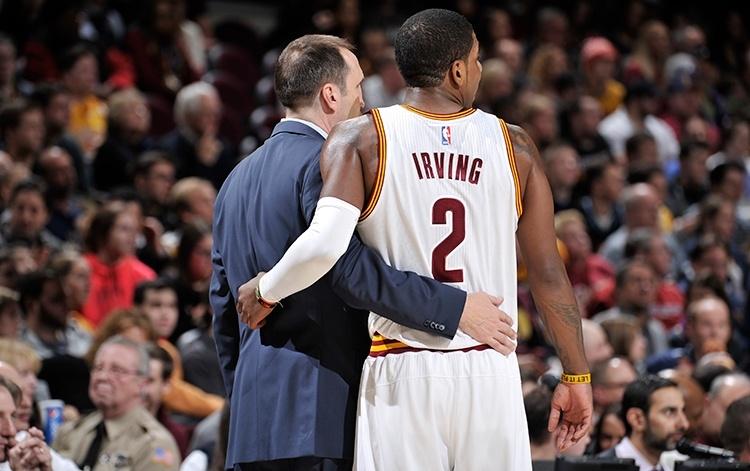 Kyrie Irving led the way for the Cleveland Cavaliers in their impressive rout of the Toronto Raptors. He scored 25 points, grabbed six boards, and dished off eight assists in his most impressive outing of the season thus far.

ESPN’s Dave McMenamin took notice of one moment between coach and player, which Cavs Nation captured in video.

Lengthy, meaningful embrace between Kyrie Irving and David Blatt tonight after the final buzzer. Been a long road back to top form.

It may seem like a normal embrace between a coach and his player, but for those who have closely followed the journey of these two since that heartbreaking finals loss, they would see a genuine exchange of trust.

In his article, Chris Fedor of the Northeast Ohio Media Group quoted coach David Blatt on what he said to Irving during that embrace.

“Honestly, I just told him, man, ‘It’s good to have you back and looking at full strength.’ It felt like he was himself tonight. Expected that he would come back and take a little bit of time to catch the rhythm of the game, to get his game legs, but tonight it just looked like the old Kyrie. That’s what I shared.”

Irving has had to contend with his minutes restriction enforced by the coaching staff led by Blatt, and the All Star point guard has handled the situation like a good soldier, knowing that it comes as part of a long term plan for the team. But it’s only a matter of time before Blatt unleashes Irving into the wild. When that happens, the Cavaliers will become one of the most unstoppable teams in the league.