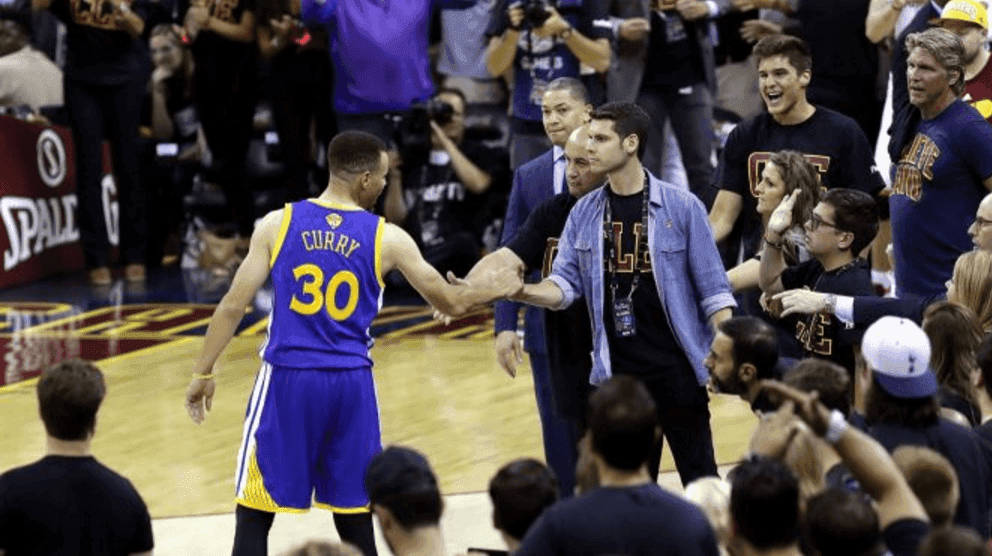 Stephen Curry erupted in frustration last night after he was whistled for his sixth foul of the game. He threw his mouthpiece at a courtside fan that ended up being the son of minority owner Nate Forbes.

After the incident, Curry apologized to the fan he hit, and later stated that he meant to throw it at the scorer’s table.

Per Tom Haberstroh of ESPN:

“It’s all good,” said the fan. “It just hit me and I was like, ‘Who? What?’ I was just cheering, being a fan. I don’t even know where he was throwing it. It just hit me in the face. He was good about it.”

I have the exclusive interview with the kid who got hit with Steph mouth piece https://t.co/2eN23MfLJSpic.twitter.com/2lsdWHySxL