VIDEO: Channing Frye Sees Cleveland Fans In A Much Higher Light Compared To His Previous Destinations 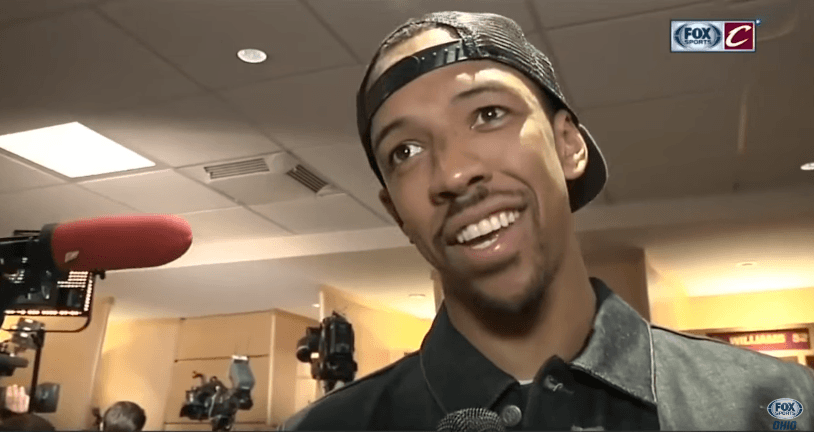 Compared to most of his teammates, Channing Frye is still, relatively, a “newbie” in the team. Essentially swapped for Anderson Varejao, the longest-serving Cavalier in the roster prior to the trade deadline, the sweet shooting big man has been in Cleveland for approximately three-and-a-half months.

RELATED: What did we learn from the Eastern Conference Finals?

But that short amount of time has not hindered Frye’s appreciation of the team’s ever supportive, and enduring, fanbase. In this FOX Sports Ohio interview, Frye singled out the Cleveland crowd as being the loudest he’s had supporting him.

Prior to arriving in Northeast Ohio, Channing Frye has been to three different NBA cities – Portland, Phoenix, and Orlando. While his former teams also have their respective rabid hometown fans, it’s not hard to understand why Frye sees the title-hungry Cleveland supporters in a different light.

RELATED: VIDEO: Cavs Fan Went At It With Dwane Casey In The Middle Of The Game

The Eastern Conference Finals outcome so far also holds strong proof to how big of a difference-maker home fans are during this time of the year. What better way to reward them by eventually winning a title for the city of Cleveland. 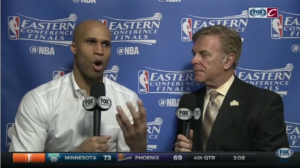