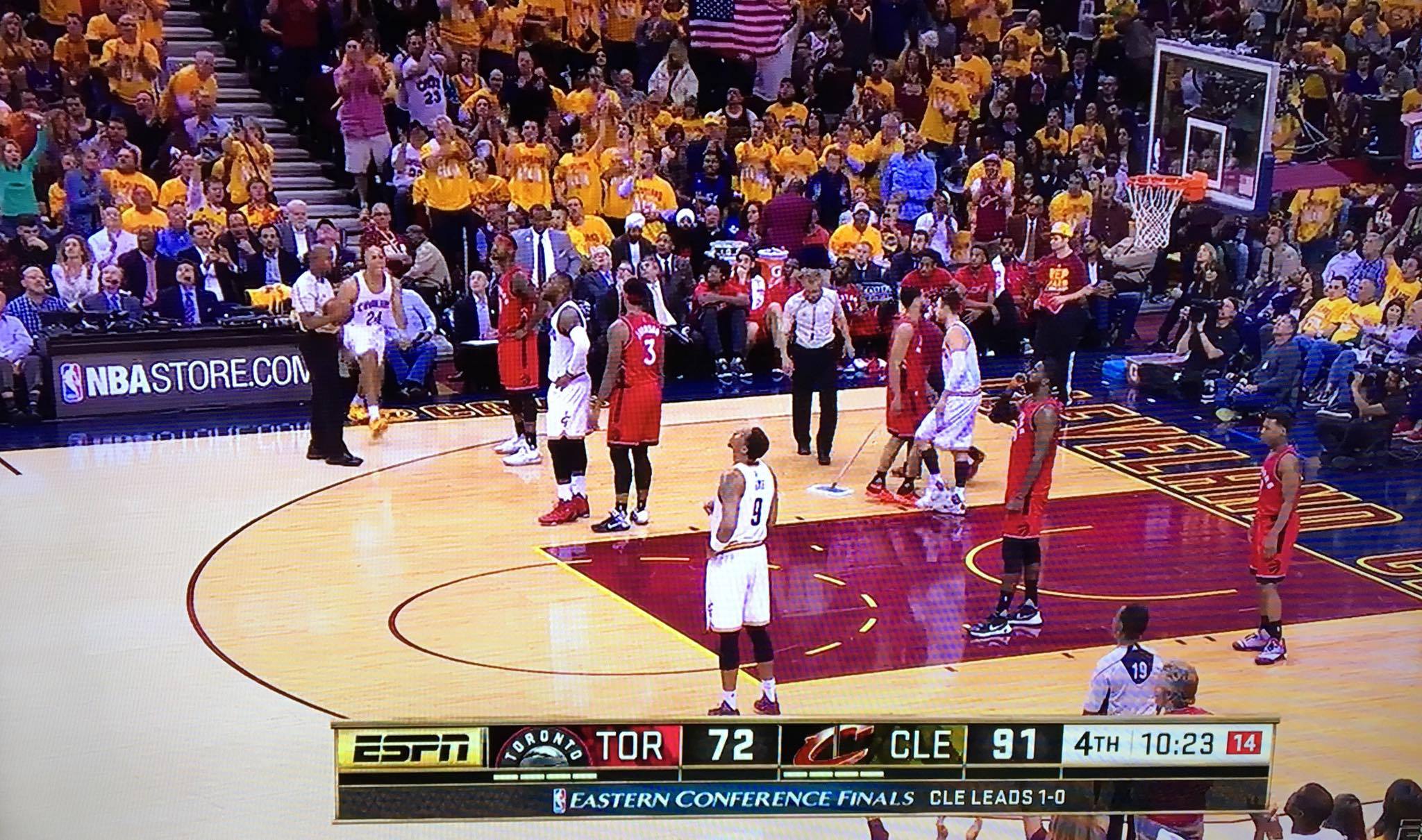 With the fans being notified of the feat on the Humungotron, everyone stood up, cheered, and clapped James on. Channing Frye, who was in the game, tried to figure out why the fans were laughing and went to look as the Humungotron for answers. Unlucky for him, teammate Richard Jefferson was trying to run an out-of-bounds play.

Jefferson got mad and tried to grab Frye’s attention in what was a pretty funny exchange between the two.

Hey, if it was us, we’d probably also be looking at the board to see what all the cheering was about. 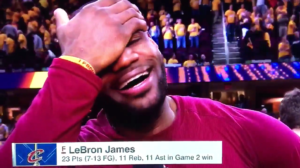