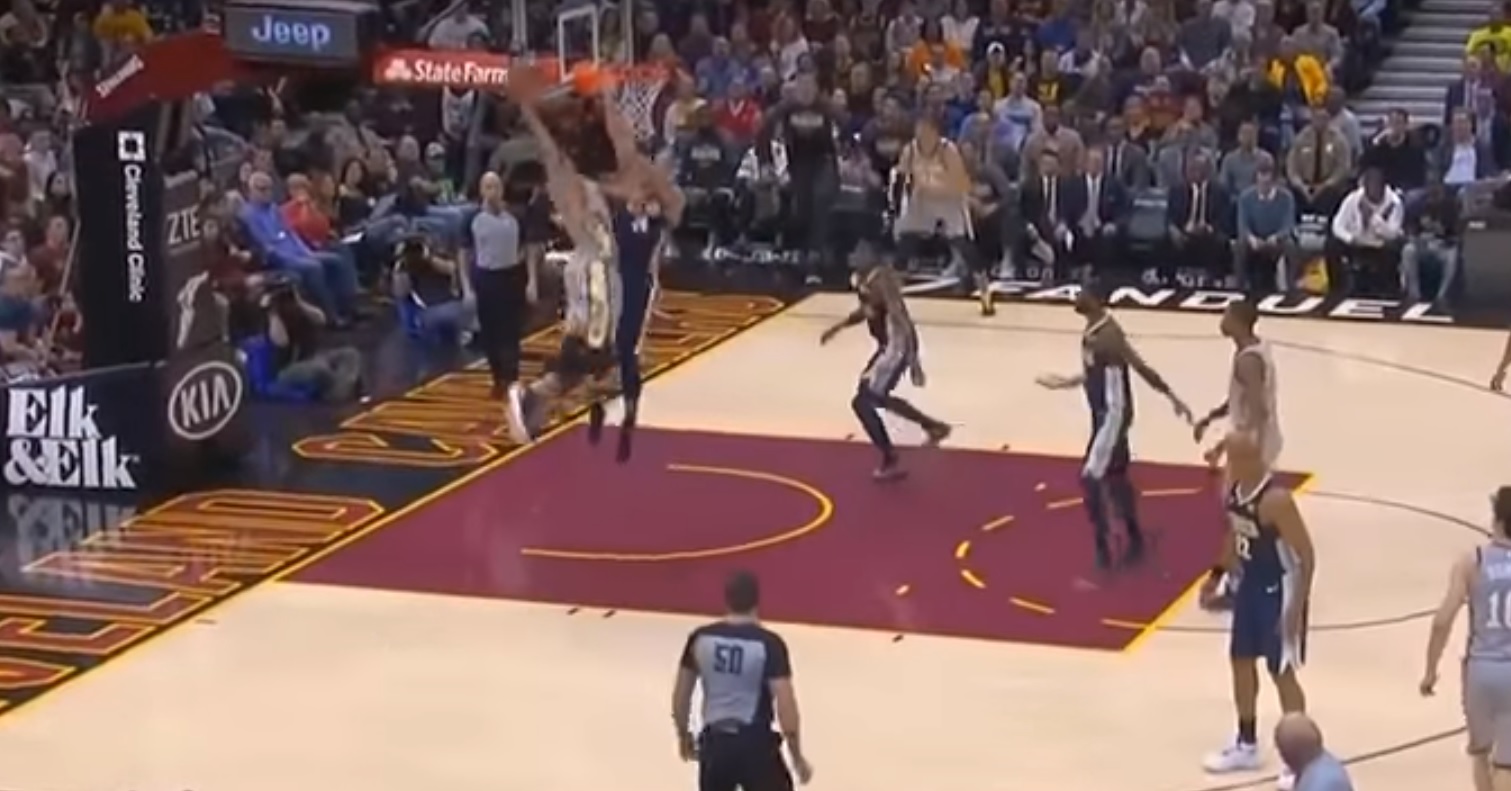 We are a couple of weeks removed from the NBA Slam Dunk Contest during the All-Star break, but Cleveland Cavaliers power forward Larry Nance Jr. is not done throwing it down. On Saturday night, the second-generation Cavs player put his pogo sticks to use once again, as Nance put Denver Nuggets big man Mason Plumlee on a poster with a facial dunk.

That Larry Nance Jr. was able to get that high and retain body control against a huge defender in Plumlee should not anymore surprise basketball fans. Apart from having obviously inherited the hops of his also slam-dunking dad, Nance also has had plenty of earthshaking throwdowns before; he once eviscerated Brook Lopez and also reduced Kevin Durant to a nice piece of mid-air ornament to his poster. Mason was most likely aware of those facts, and he probably saw his entire life flash before his eyes when he found himself obligated to challenge Nance at the rim.

Larry Nance Jr. became a Cavalier just before the trade deadline, when he was traded to Cleveland with Jordan Clarkson by the Los Angeles Lakers for Isaiah Thomas, Channing Frye, and the Cavs’ pick in the first round of this year’s NBA Draft.

Before getting shipped to Cleveland, Nance played 42 games with the Lakers this season and averaged 8.6 points and 6.8 rebounds over that span. Entering Saturday’s game against the Nuggets, the former Wyoming Cowboy has averages of 9.4 points and 6.4 rebound in seven games in Cavaliers uniform.

Nance and the Cavs will get the Detroit Pistons at home this Monday following their tilt with Denver. 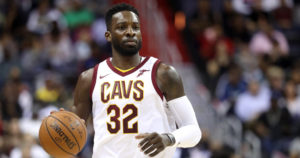 JUST IN: Jeff Green has MRI on lower back, out at least next two games
Related TopicsCavaliersLarry Nance Jr.Mason PlumleeNuggets