VIDEO: Cavs Get Outrageously Held Up At Airport Waiting For Customs to Let Them Into Canada 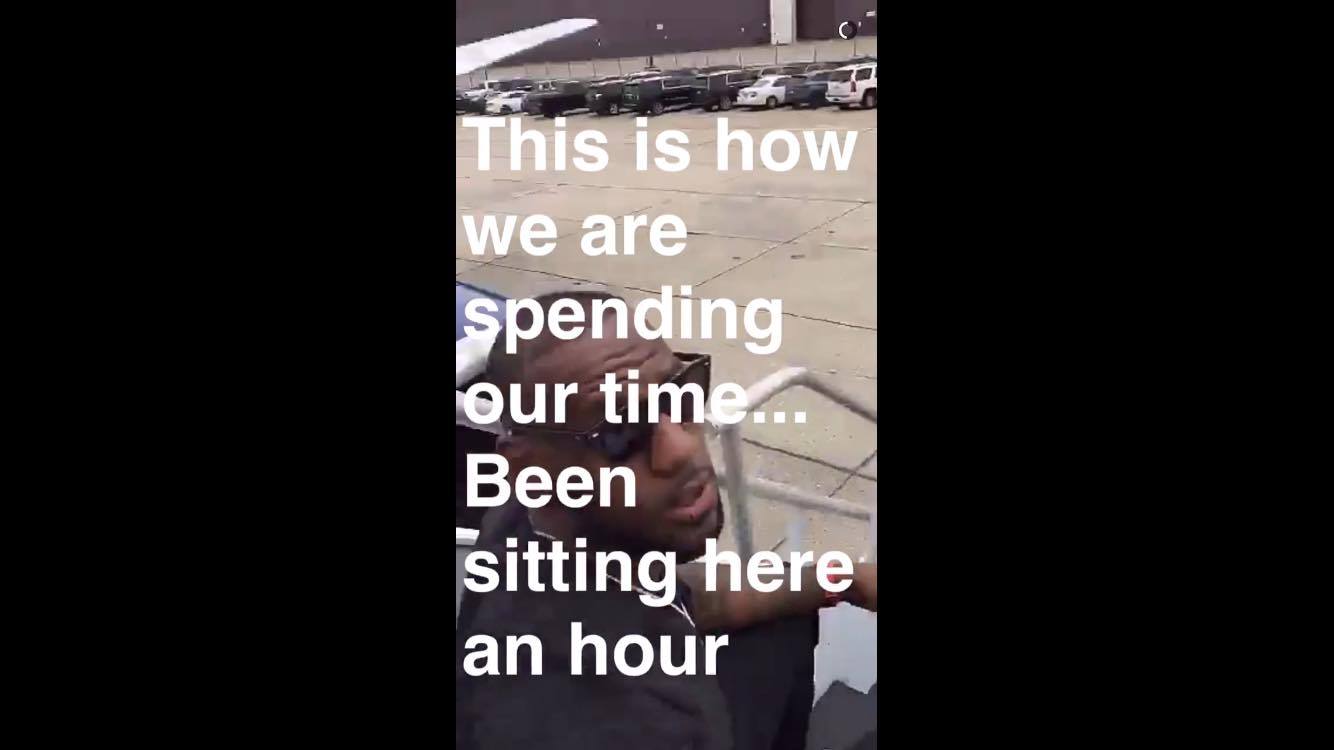 With a travel day today in between Games 2 and 3, the Cleveland Cavaliers were expected to get to their hotel and watch film tonight. Except there’s one problem: They’re being held up at Customs before being allowed to get off the plane.

Here are some Snaps from Richard Jefferson as well as pics from some Cavs players showing what the Cavs are doing while they’re waiting.

Cavs take a selfie as they await entrance into Canada (@teamswish, Instagram) pic.twitter.com/KHhckF37Nz

RJ and Delly getting held up by Customs because the Cavs are up 2-0? #CavsNation pic.twitter.com/nvIl7MnwTq

Cavs waiting around while getting held up at Customs #CavsNation pic.twitter.com/kll7Fd03Ft