VIDEO: What can be expected of Kay Felder when the season starts? 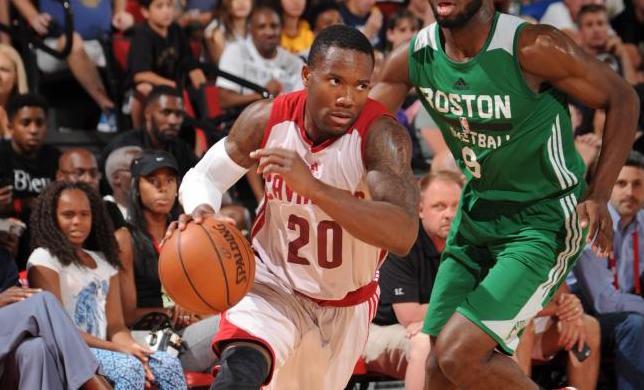 The Cleveland Cavaliers want Kay Felder to be a playmaker, and he’ll be just that for coach Tyronn Lue.

RELATED: Kay Felder reveals the player whom he patterns his game to

Felder’s solid Summer League performance only affirmed what other people have been raving about the 5’9” point guard. His size may go against him when it comes to single coverage defense, but add up his speed and he makes for a very sneaky pest on that end of the floor.

Cavs.com has the former Oakland Golden Grizzly in an in-depth feature, with a very interesting trivia, which is expected to get Wine and Gold fans even more excited for their new idol.

Get an in-depth look at our explosive rookie point guard, @2KayZero:https://t.co/nlIIebitxp

Felder is poised to take over the spot left by Matthew Dellavedova as Kyrie Irving’s main backup. His presence in the second unit is a fresh sight for everyone as Cleveland now has a point guard with explosiveness that is sure to bring that extra gear to the team.

Whether it’s scoring or making his teammates look better, Kay Felder is certainly up to the challenge.