VIDEO: Before You Bash Him, Kevin Love Has Message For Fans Ready To Jump Ship After Loss To Warriors 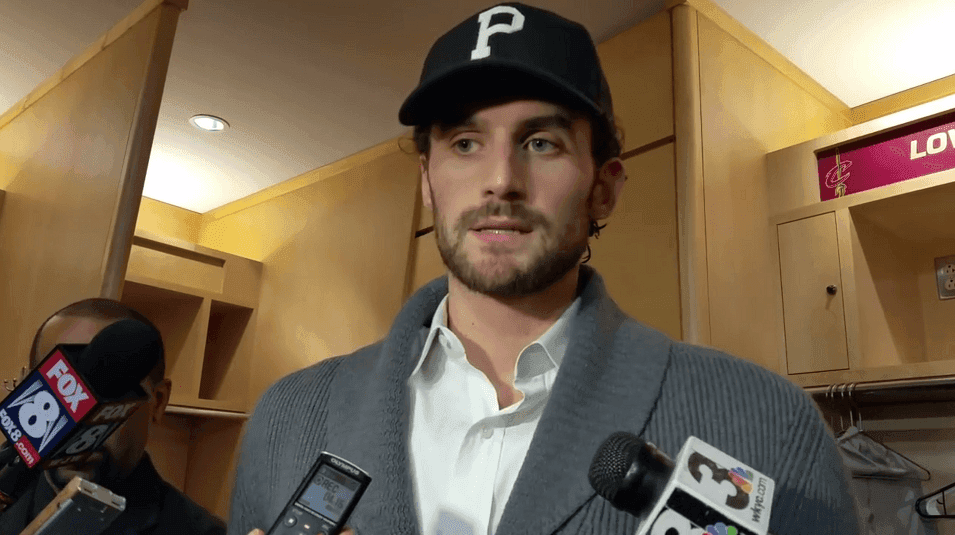 The Cleveland Cavaliers got torched last night against the Golden State Warriors in what was supposed to be one of the best game of the year. Not a single player played well as Cleveland fell 132-98 after getting outscored by at least 11 points in each of the first three quarters.

Although it was an all around disappointing effort, one of the two most disappointing players was Kevin Love, who finished with just three points, six rebounds, and two assists on 1/5 shooting and no free throw attempts. After the game, he spoke to members of the media about the Cavs struggles.

“We always talk about playing 48 minutes. Playing against the best teams in this league, you need to play 48 strong minutes of basketball and have very few mistakes.

“We got worked on our home floor by a very good team, A team that has set the standard for the entire NBA. We have a lot of work to do.”

RELATED: Warriors Show Up And Beat Down Cavs While teaching Lesson

Some reporters even tried to apply a little pressure on Love, asking him about his personal problems and whether he would attribute them to chemistry issues or confidence issues.

“I don’t know how to answer that. I’m not gonna get into that.”

Love ended his postgame interview with a message for fans who were worries about the Cavs jumping off the bridge after this bad loss.

“Don’t jump. Stick with us, we’ll right this thing, I really believe that.”

RELATED: Stephen Curry takes Shot At Cavs Ahead Of Matchup