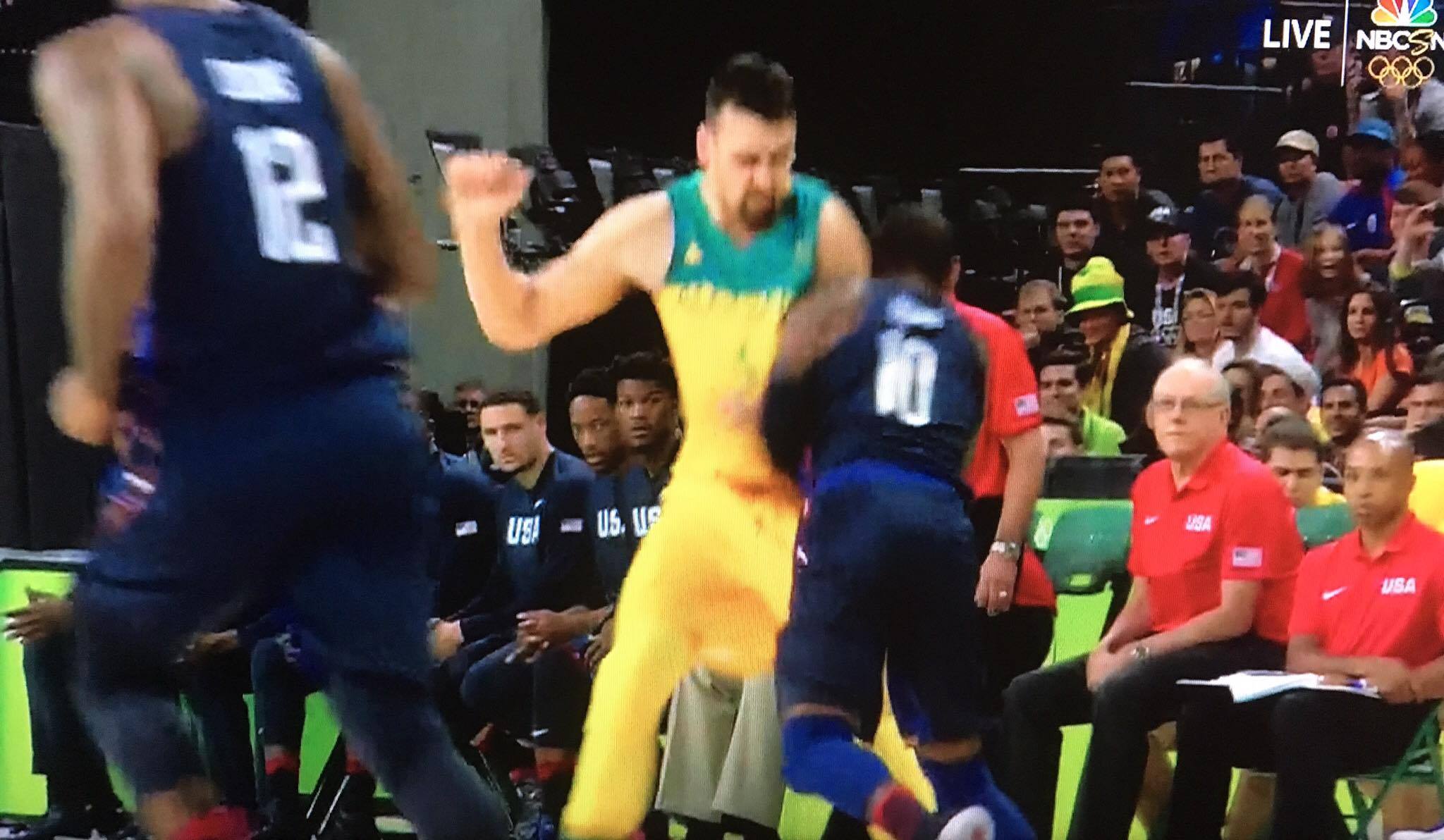 Kyrie Irving had the knockout punch on the Golden State Warriors back in June, knocking down the big three pointer that would be the game winner. Apparently, a former Warrior Andrew Bogut hasn’t forgotten.

With Team USA playing against Australia on Wednesday, Andrew Bogut what he tries to make look like a hard screen, but it was almost like a tackle, on Kyrie Irving at half court while he was running the fast break. The play wasn’t ruled intentional, but it was a very questionable play by Bogut. 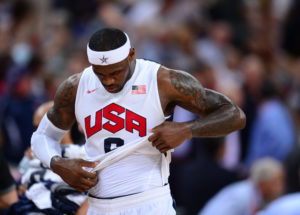