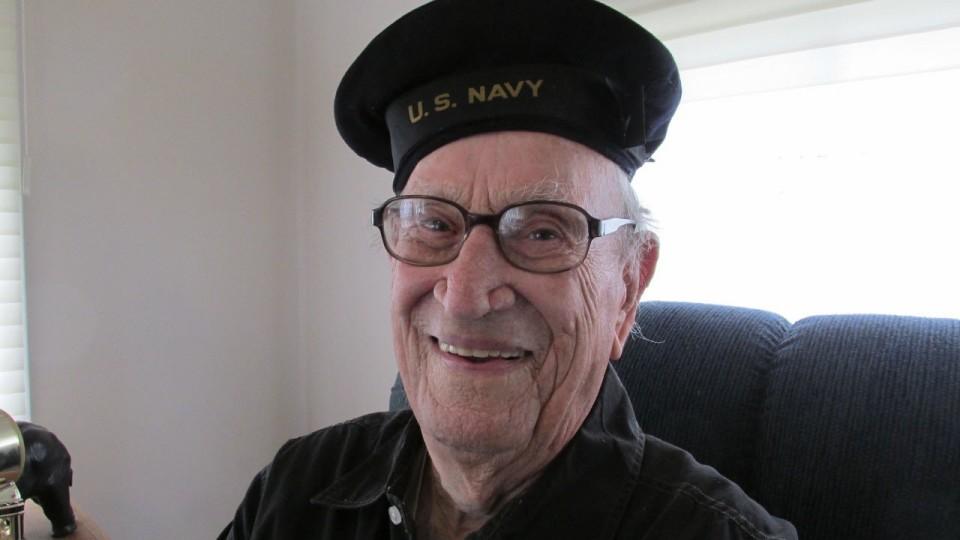 During their home game last week against the Atlanta Hawks, the Cleveland Cavaliers paid tribute to one of their fans who is also a Pearl Harbor veteran by naming him as an honorary captain.

As  part of the NBA’s Hoops for Troops celebration, Adone “Cal” Calderone received a huge ovation from the crowd present at the Quicken Loans Arena and was thanked for his service to the country.

Calderone was grateful and felt honored with the Cavs’ gesture. He also had nothing but good words to say about LeBron James as the 96-year-old admitted that he has been following his career, per Joe Noga of Cleveland.com.

“It was absolutely awesome. One of the finest moments of my life. I almost cried.”

“I followed LeBron (James) since the time he was in high school. I’ve followed his career and I like the kind of gentleman he is. Cleveland needs this.”

The World War II veteran is a proud fan of the Cavaliers since the 1970’s and when asked what his fondest memory of the team was, he had this to say:

“Everything is wonderful and I’m so proud of what has happened. The title they brought to this great community. They needed it.”

He also expressed gratitude to the Cavs organization and especially to the fans who gave him a warm reception before the game.

“Just like every place I’ve gone throughout the country, every school I’ve spoken at, it’s always America,” he said, gesturing to his heart. “It gets me right here.”

This is definitely a day he will never forget and something he will cherish forever.