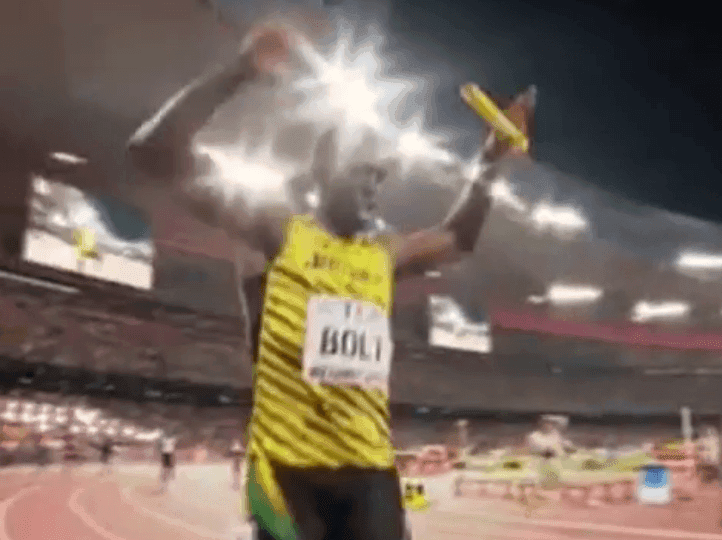 Everyone around the world would love to be LeBron James, so it’s not uncommon for fans to channel their inner LeBron James after hitting a big shot and completing a major sporting event.

Jamaica’s own Usain Bolt lead his group to a victory in the mens 4 x 100 meter relay race at the IAAF World Championships in Beijing, China on Saturday. He was the last of the four runners and once he hit the finish line, he celebrated with a move that NBA fans have seen lots of over the past couple of years.

Bolt busted out into LeBron James celebratory mode, doing the King’s stomp and chest slap to the camera and the crowd.

It’s clear LeBron just has that effect on people, as even some of the world’s best athletes channel him when winning a major sporting event. We wouldn’t be surprised to see these the two respective stars getting together during the Olympics next summer and hanging out.