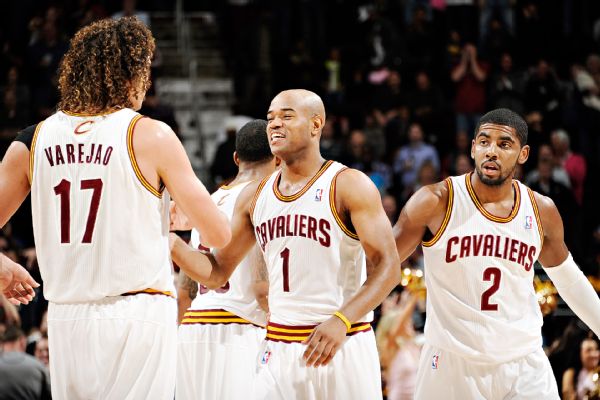 We know that the Cleveland Cavaliers have definitely made some serious changes to their roster this year as compared to last year. I would also have to say that they have the most improved roster in the NBA so far this offseason. Utilizing last season’s results, the 2012 season results for Haywood due to not playing last season, and last season’s college results for our draft picks, we can use these season averages to determine just how much we have stepped up our roster! I have also removed irrelevant players, those who played less than 10 games and/or averaged less than 10 minutes a game. 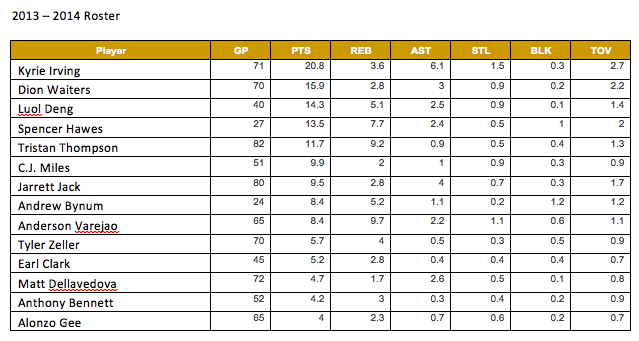 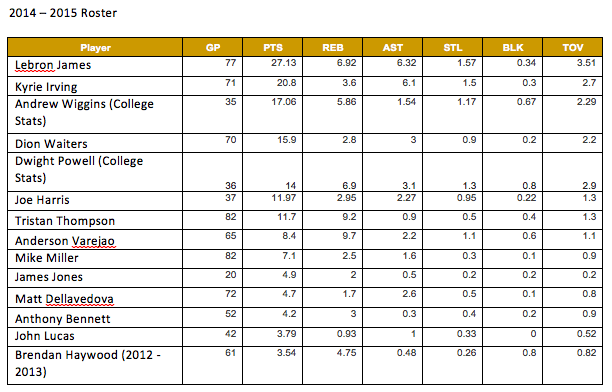 {adinserter 2} Numbers don’t lie and just looking at the basics here we have made some significant improvements. Last season the Cavaliers had 5 players who averaged double digit points per game. The addition of Andrew Wiggins and LeBron James easily replaces the loss of Hawes and Deng. Also with potential coming from Joe Harris and Dwight Powell who both potentially could put up 10+ points per game, that stat on this season could be moved to 7 players. The loss of Hawes and Bynum only really hurt us in blocked shots and rebounds. They were the only 2 players on the team last season that averaged 1+ block a game as well as being able to use their size to box out and get some rebounds. We will be looking for Varejao to be a 10+ rebound guy every game this season and know that LeBron can step up his game to get us some extra work inside. Anthony Bennett will be the real difference maker. With him being back in shape and losing weight I believe we will see his game step up. This kid should be faster on his feet this season which will enable him to get inside to box out and block some shots.

The potential of adding a player like Ray Allen makes this more intriguing as Allen nearly averaged 10 points a game. Ray Allen is a three point threat which forces defenses to spread out and guard the perimeter. This allows our big men to be in the key to do some additional damage on the board. All in all we need to sign this seasoned vet.

This all changes with the rumors of Kevin Love requesting a trade to Cleveland, affecting many of the people I mentioned earlier. Love put up phenomenal numbers last year but the big question is will he make up for the young rising talent Cleveland would have to give up to get him. None the less, with or without Love, the Cavs have made dynamic improvements to their roster.

JUST IN: Chosen 2: The Importance Of Anderson Varejao
Related TopicsCavsRoster