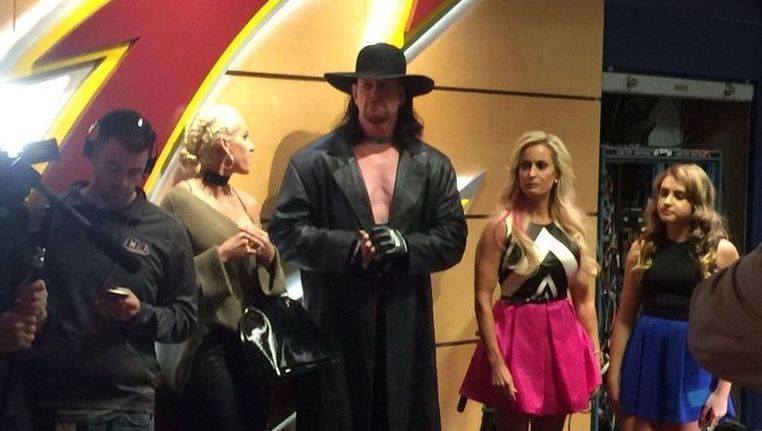 The Quicken Loans Arena was expected to be filled to the rafters during the Cleveland Cavaliers‘ season opener against the New York Knicks. And when Tuesday night came, it was indeed a full house as a lot of fans wanted to witness the team’s ring ceremony along with the unveiling of the championship banner.

Celebrities and famous personalities were also in attendance during the historic event, but Mark Callaway got a lot more attention than the others. His name might not ring a bell but the character he plays is one of the most popular in the history of the WWE. The Undertaker made his appearance at the Q complete with his ring attire, and met some of the players from the NBA champion team.

The freaking Undertaker is here at the Q! Remember LeBron holding the trophy with his shirt! @wkyc #defendtheland #undertaker pic.twitter.com/mesZ4S5Zhu

Ummm so this guy is waiting outside the @Cavs locker room. Yes it's him @CaseyKulas @DaveSpa57. pic.twitter.com/Xm2pIEMzsD

Yes! This is the the phenom the Undertaker outside of #Cavs locker room! pic.twitter.com/LWWJBPUcwr

The Birdman meets The Undertaker https://t.co/bImaHCItFo

The reason why he came in to the arena wearing his character’s costume is still unclear but one thing that’s certain is that the Cavs are huge fans of WWE and have not been shy to wear their merchandise in the past.

It’s definitely nice to see The Undertaker come in and meet the team on a very memorable night for them. It also shows the mutual respect and admiration the professional sports entertainer has for the NBA champs. 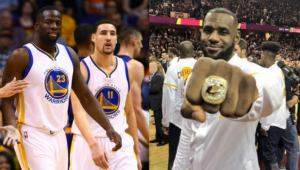