LeBron James had a lot of people talking about his awkward looking jumpshot prior to the start of their game against the Chicago Bulls on Thursday. While many thought it was a subtle shot at Lonzo Ball, others were quick to point out that they were reminded of former Los Angeles Lakers player Jamaal Wilkes‘ or even Marcus Camby‘s shooting form instead.

However, UCLA’s social media team was quick to fire back at the Cleveland Cavaliers star forward on Twitter as they were convinced he was imitating their own player.

As they say…imitation is the sincerest form of flattery @ZO2_ 🤷‍♂️ https://t.co/N1EEoagOvl

Although it’s unclear whose form The King was really copying or if he was just playing around with his shot, the school’s response only added fuel to the speculations.

With Ball projected to be a top-three pick, more attention is expected to be given to him as the rookie draft nears. It can also be recalled that LaVar Ball made some strong statements towards James’ sons which caused the latter to fire back and call the elder Ball out for doing so. 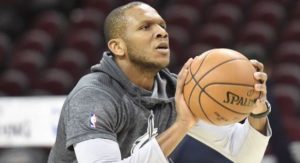