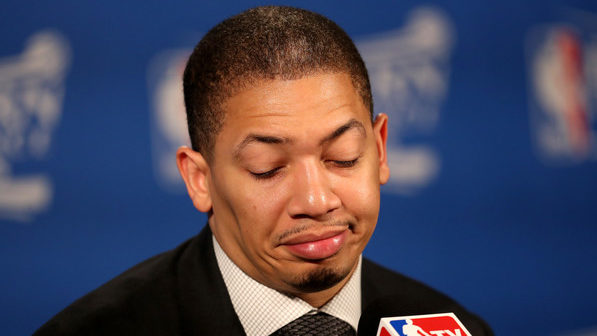 Tyronn Lue is known for his calm demeanor that has blended in so well with his locker room that is composed of a couple or more boisterous personalities. That calm state and its impact were put to a test at a restaurant and Lue’s poise owned the moment.

According to one of the diners, Colin Dussault, four loudmouths criticized the Cavs and LeBron James. He even added, via Michael McIntyre of Cleveland.com, that he had to restrain himself from looking at them to avoid having an argument.

“Four loudmouth dudes. It was like they were at our table. They were swearing, lots of profanity, blasting all the Cavs, Lebron in particular.”

“I’ve had my criticisms, but there was nothing constructive about what these guys were saying or how they were saying it. We’re saying LeBron is not a leader because he should have shot more and not passed. They called him the P-word.  And they had something bad to say about basically every player. Everybody was uncomfortable.”

“Dussault didn’t even turn around to look at them, not wanting to engage in an argument.”

It appeared like someone was about to speak up to them as people were already being uncomfortable about it, when to Dussault’s surprise, they turned quiet at an instant. He wondered what the reason was and even thought that maybe some other diners complained to the manager, but he was shocked to find out head coach Tyronn Lue entered the restaurant and shut the four critics with his mere presence.

“How’s that for karma. Those guys shut up so fast!”

“I looked over and saw the coach and saw them and I told Katie I should go over there and ask them to continue, to tell the coach what you think. She said, ‘No!’ I mean, they look like they hadn’t lifted a ball in 40 years.”

The story is truly an amazing one to hear not only for Cavs supporters, but also for all basketball fans. While everyone is entitled to give their opinion, it still has to be in a decent manner and it’s also a good idea to be mindful of other people around, especially in a restaurant.

Dussault hopes his experience will serve as a wake up call to many for them to be careful with the words they use when talking about professional athletes, as they also deserve to be given credit, as much as they are criticized. 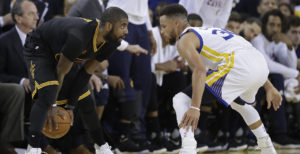