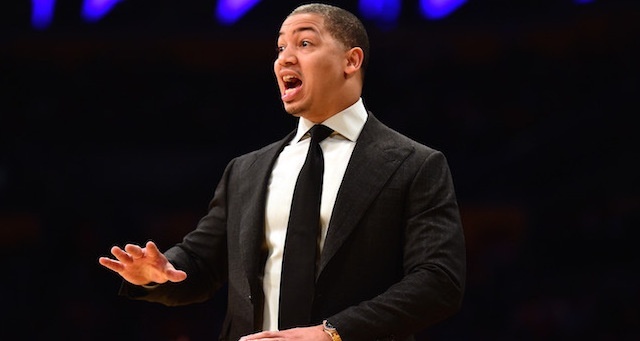 When Andrew Bogut suffered a season ending injury minutes into his Cavaliers debut this season, it left Cleveland without a credible big man to come off their bench. Cleveland rectified the situation by bringing in Larry Sanders and then Edy Tavaraes.

But Sanders wasn’t Cleveland’s first option, at least for Cavs coach Tyronn Lue — he wanted Kevin Garnett to come out of retirement to join the Cavs. Garnett though, couldn’t be convinced by Lue.

Lue revealed that the Cavaliers reached out to Kevin Garnett — who was working as a consultant with the Clippers and Bucks after retiring last season — about coming to play backup center after Andrew Bogut suffered a season-ending leg injury.

“I was like, ‘Man, you should come back and play for me.’ He was like, ‘Man, you all have a lot going on over there,'” Lue said. “That was before we hit our stride like we’re playing well now. He was like, ‘If you and [James] Posey were still playing, I would come.’ But he said, ‘But y’all are coaching and y’all are going through what you’re going through.’ He said, ‘Ah, I’m going to sit this one out.’ I said, ‘OK. We’ll call you next year.'”

Depending on how in shape he was, Garnett would’ve been an interesting addition for the Cavs. He may not have been able to provide much on the court, but at the very least, he would b another veteran voice in the locker room for the Cavs.

But alas, Lue failed to convince Garnett, so the future Hall-of-Famer remains retired. At least until next year that is, because it seems like Lue is going to keep asking Garnett to make an NBA return. 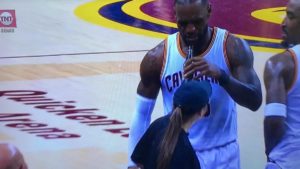 JUST IN: LeBron James jokes that he would’ve taken sip of red wine if beer vendor had some
Related TopicsAndrew BogutCavsKevin GarnettLarry Sanders