Following their loss to the Houston Rockets on Sunday, the Cleveland Cavaliers found themselves in even more unfamiliar territory as they have now lost six of their last nine games. Although there are a lot of factors to consider why they have been losing a lot, Tyronn Lue has already identified the root cause of it.

According to the 39-year-old head coach, his team just needs to go back to the basics to get them out of the rut they’re currently in. In a post game interview, he cited boxing out and controlling the boards as the keys for them to return to their winning ways. He also added that fatigue might have also played a factor why they failed to play like how they did during the first half in Houston.

Lue certainly made a lot of sense as the Cavs were outrebounded 38 to 52 by the home team. They were also outscored 59 to 45 in the last two quarters, which caused them to surrender their early lead causing them to ultimately lose the game.

The good news for the defending champions is their next back-to-back set will not start until next weekend. They also have days off between their games against the Detroit Pistons and Utah Jazz at home, which they can use to practice their sets and also help them focus once again on the basics such as rebounding and boxing out.

It will be crucial for them to win as many games as they can leading up to the playoffs as the red-hot Washington Wizards are gaining some ground and are trying their best to steal the top seed in the Eastern Conference. Having a winning streak will also give them a lot of momentum before the Cavs start the postseason, where they will look to defend the title they won last year. 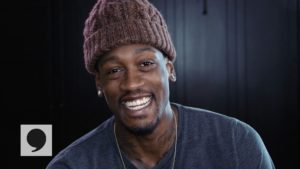