Tyronn Lue on Cavs shooting: “I think we can make even more shots” 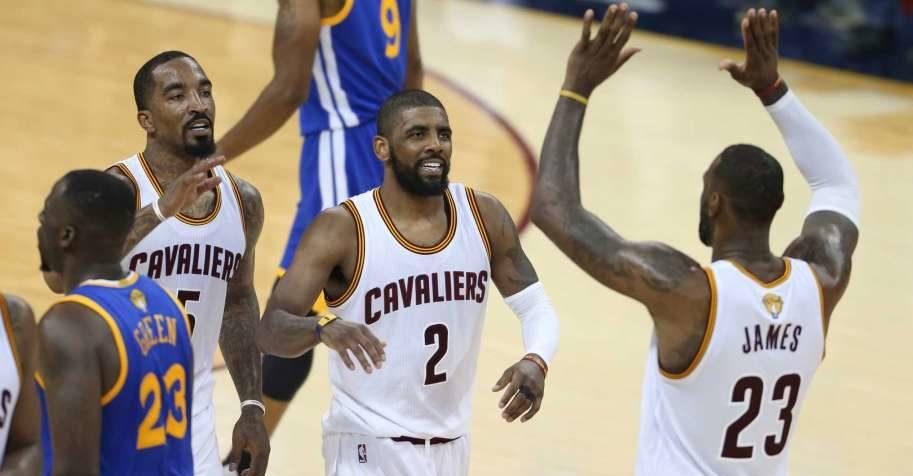 The defending NBA champion Cleveland Cavaliers are off to an impressive start from the three-point line through their first eleven games of the season. In fact, it’s the best start in league history.

In an interview with ESPN’s Dave McMenamin, Coach Lue expressed his optimism, saying:

“We have a lot of great shooters. I think we can even make more shots. I think we’re missing a lot of open shots that we normally make. It’s going to come once the season gets going. I think our shots will come along a lot better.”

Coach Lue may be onto something…

J.R. Smith, Cleveland’s best three-point shooter, has made just 36.4 percent of his attempts from beyond the arc this season. Last season, Smith connected on 40% of his three-point shots. In addition, after last year’s All Star break, JR has the second most made three-point field goals right behind record-holder Stephen Curry.

Mike Dunleavy made 39.4% of his attempts from three-point territory last season. His numbers have fallen to 27% through Cleveland’s first ten games.

Richard Jefferson’s averages from the three-point line are also down from the 38.2% mark he posted last year. Through the first ten games of this year’s campaign, Jefferson is shooting the three-ball at a 23.5% clip.

One player who has shot the three-ball well for Cleveland through their first ten games of the season is Channing Frye. His ability to stretch the floor creates a lot of spacing problems for opposing sides. An early hot hand has Frye shooting at a 48% clip from beyond the arc.

If the Cavs can manage to stay healthy and get some of their shooters going from the three-point line, they may indeed have a shot at breaking Golden State’s record.