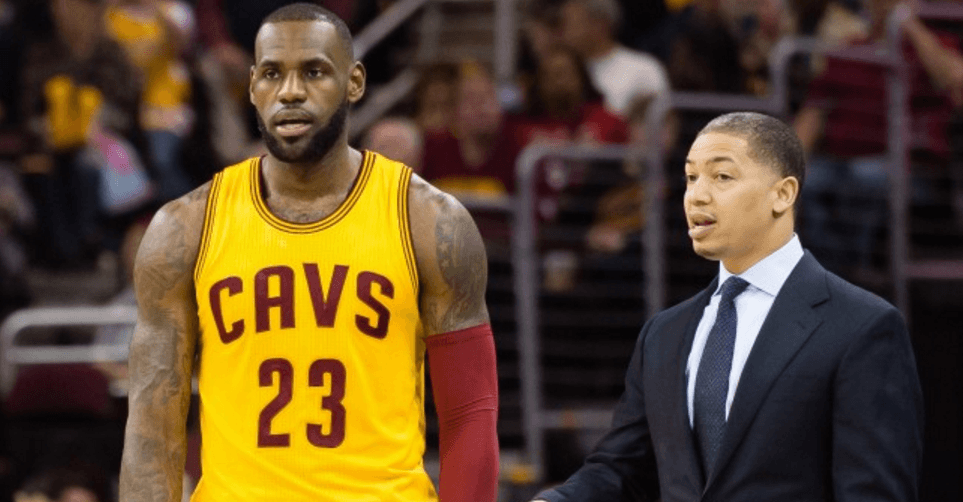 On Wednesday night, the NBA’s defending champion Cleveland Cavaliers squared off against the Sacramento Kings inside Quicken Loans Arena, resulting in a 116-112 overtime victory for the road-bound Kings. With the loss, the Cavs now have dropped three straight games and six of their last eight.

After Cleveland’s 124-122 loss to the New Orleans Pelicans on Monday, LeBron James went on an angry rant in the visiting locker room with regards to the status of his team. ESPN’s Dave McMenamin recants James’ quotes in his recent article.

“We’re not better than last year, from a personnel standpoint,” James said Monday. “We’re a top-heavy team. We top-heavy as shit. I just hope we’re not satisfied as an organization.”

After sleeping it over, James posted a few tweets to clear the air on Tuesday, saying:

“I’m not mad or upset at management cause Griff and staff have done a great job. I just feel we still need to improve in order to repeat…if that’s what we want to do.”

Cavs general manager David Griffin met with James one-on-one about his comments before coach Tyronn Lue addressed the team as a whole at the Cavs’ walk-through on Wednesday. Griffin seemed to take exception to James calling out the franchise’s commitment. Coach Lue seemed to take exception to James’ comments as well and expressed a positive outlook about the Cavs’ future, saying on Wednesday:

“We have enough on this team to win a championship.”

“For me, you always want to try to improve the team, whether you’re great or not. Golden State won 73 games last year, and they added Kevin Durant. You always want to get better, and when you see teams getting better as a competitor, you want to get better. But we have enough on this team to win a championship. We can get better. I know Griff is going to make us better, and he’s going to do the best he can. For me, LeBron James, the best player in the world, took a team that was worse to the NBA Finals two years ago. We have a good team. We just have to start playing better as a unit. No excuses.”

The Cavs, who have allowed opposing sides an average of 122.7 points per game in their past three losses, will host the Brooklyn Nets tomorrow night (Friday) at 7:30 p.m. EST inside Quicken Loans Arena. Look for Coach Lue to have his team ready. 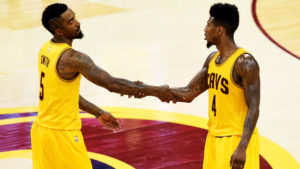