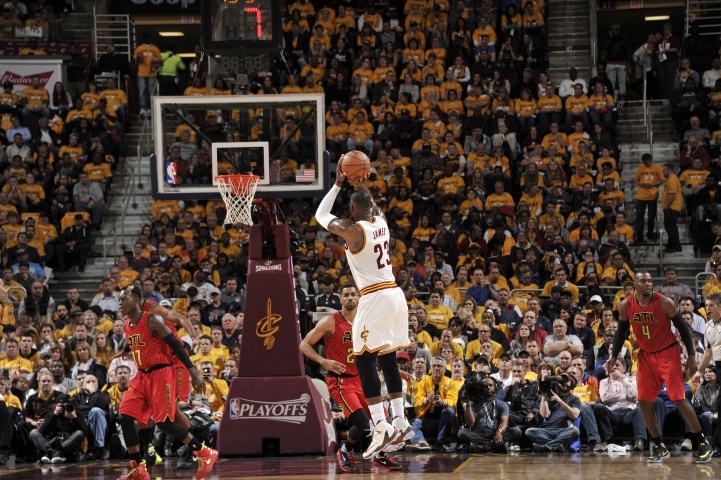 In almost every postseason for LeBron James, he’s the guy doing all the work for his team. Whether he was in Cleveland or Miami, James was the number one option for his team. However, that seems to have changed this postseason.

“LeBron is letting the game come to him,” Lue said after practice Saturday. “When he wants to be aggressive and he sees fit to be aggressive when the teams have a good run or whatever they may have, then he just takes over the game … And with Kyrie (Irving) and Kevin (Love) playing at a high level, he can take a lot of mileage off of his body, reduce his (usage) rate and just kind of seeing and figuring out the flow of the game.”

James has averaged just 23.5 points per game this season, which is a far-cry from his 28 points per game average for his career, and the extra help that LeBron has had will be welcome sight to everyone except their next two opponents.

“I don’t think he’s been in this position before where he can just sit back and see the flow of the game, see where he has to take over the game and it’s been great for him,” said Lue. “I mean, to average 23 points or 24 points and sweep both series is big for us because now our other guys are stepping up, they’re playing well and we know LeBron always can play well.”

James and the Cavs will find out their Eastern Conference opponents tday when the Raptors and Heat face off in the decisive Game 7. 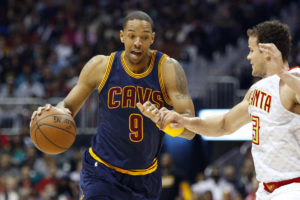 JUST IN: Channing Frye Was Almost A Cavalier In The Summer Of 2014
Related TopicsCleveland CavaliersLeBron James