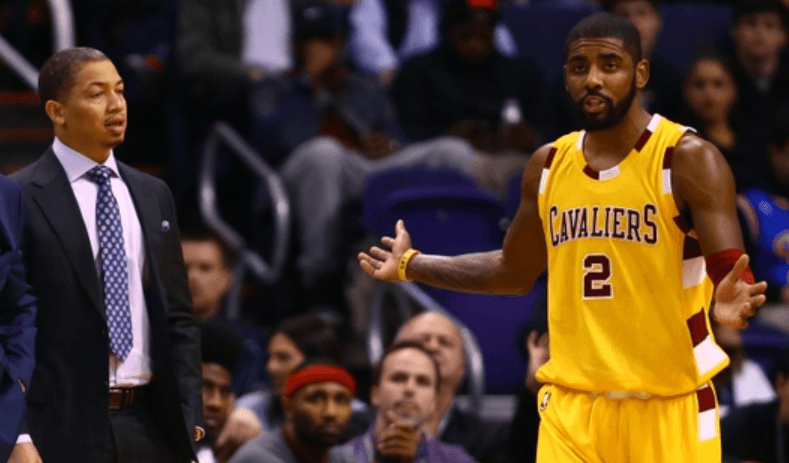 Late last week, Cavs point guard Kyrie Irving came out and made a pretty bold statement, saying that he and the Cavs were the team to beat.

Irving: “Everything surrounding our team is just crazy to think that we’re still in first place and we’re still the team to beat, honestly. Regardless of what anybody else says, what we need and what we don’t need to get better at. I feel like we’re the team to beat. Honestly it’s open season until we get into the playoffs. I have a lot more confidence than I think anyone realizes in our team and what’s going on in our locker room.”

Before the Cavs and Hornets faced off on Sunday, Tyronn Lue stepped back from the statement for a more reasonable answer.

“Our team is very confident,” Lue said. “When he says the team to beat, I would say the team to beat in the East. I wouldn’t say overall because Golden State won the championship last year so they’re the team to beat and they have the best record in the NBA right now. We’re confident we can get things done.”

Clearly, Lue is speaking more as a professional, a coach, as well as a guy who’s experienced championship runs. Two of them to be exact with the Lakers in 2000 and 2001. He knows there’s a lot of work to do moving forward, and it starts with building a defensive identity and solid habits entering the biggest stretch of the year.

The Cavs have their final back-to-back set of the year Tuesday and Wednesday against the Bucks and Pacers.