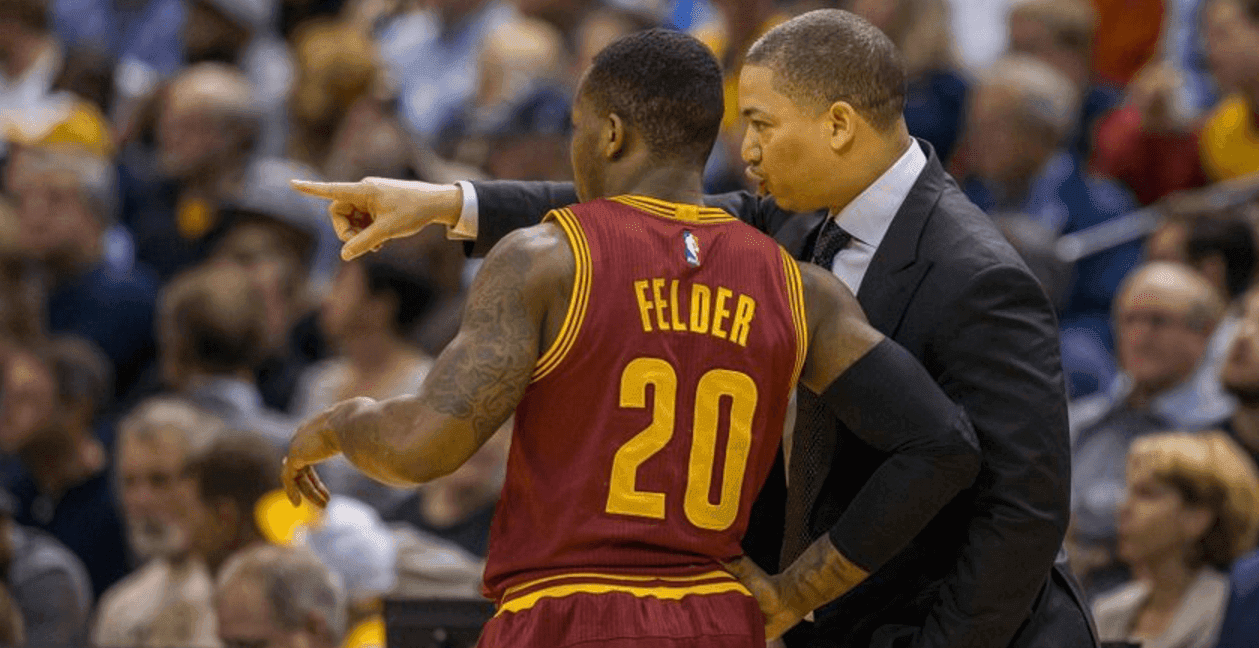 The Cleveland Cavaliers have found themselves short of personnel lately, relying on contributions from their entire roster to get over the line against the Charlotte Hornets on the road, and the in form New Orleans Pelicans at home.

Due to this, players such as Jordan McRae and Kay Felder have found themselves in the thick of the action, playing meaningful minutes in the midst of keeping the Cavaliers atop the Eastern Conference standings.

McRae had a season high 20 points against the Hornets in his starting role, and Felder stole the show against the Pelicans. The Oakland University product was sensational in the Cavs ugly win at home, and he was on the floor in crunch time making game winning plays alongside King James.

Coach Ty Lue loves the instincts Felder plays with, and gave him interesting instructions to ensure his creativity is always at the forefront of his play via Joe Vardon of Cleveland.com

“Don’t look over at the bench,” coach Tyronn Lue said he told Felder. “That’s kind of the same approach I had with Jordan (McRae) as well, Liggs (DeAndre Liggins): ‘Just play your game. And if you’re doing too much, I’ll let you know.'”

Felder stated he enjoys the trust his head coach has in him.

“That’s how it was in college, you know,” said Felder, who was drafted in the second round out of Oakland University. “Go ahead and play your game and don’t look over every time you do something or look for a play call. You knew what plays are in the playbook so go ahead and be free. That’s what he’s letting me do and I’m loving it.”

The young gun has impressed his teammates as well, including James himself.

“I just think he implanted everything he’s been working on on practice days and off days into game situation,” James said. “He’s learning, he’s watching film. You see him over there with the coaches every day and anybody that can take from what they watch on film and take what they do on the practice court and implement it into a game situation lets you know they have a great growth mindset. His mind is allowing him to go out there and do those things. It’s good for his development.”

Felder is absorbing everything he can from all his teammates and coaching staff. He is especially learning from mentor and fellow point guard Kyrie Irving, who has been in the rookie’s ear since he joined Cleveland at the beginning of this season.

Felder has been outstanding in this mini run for the wine and gold. He has taken his opportunity with both hands and has shown why the Cavs were adamant to obtain Atlanta’s pick for the pocket rocket.