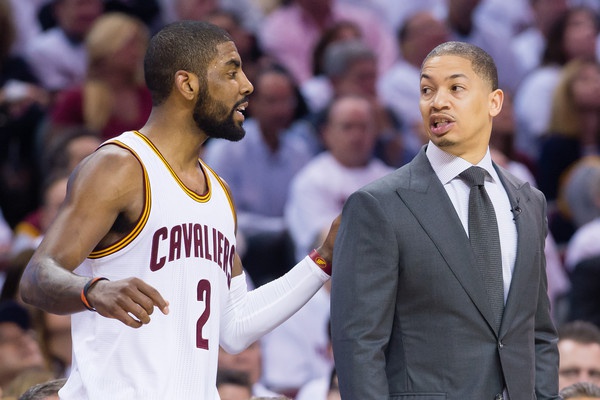 The Cleveland Cavaliers are looking to improve their roster after their deflating NBA Finals defeat at the hands of the Golden State Warriors. With the Warriors assembling maybe the greatest collection of talent we’ve ever seen, this NBA off season has been a crazy frenzy of free agency and trades which franchises trying to keep up.

For the Cavs, they have since failed to land superstars Paul George and Jimmy Butler after being heavily linked with both, and fans have been left frustrated with the lack of big names making their way to Northeast Ohio. The Cavaliers remain in the pursuit of scoring machine Carmelo Anthony, but with the Houston Rockets being more flexible in offering the New York Knicks what they desire for “Melo”, the Cavs may be fighting a losing battle to secure his services.

It hasn’t been all bad however, as the former world champions have acquired versatile wing Jeff Green and NBA veteran Jose Calderon in nice additions to the squad. The Calderon acquisition is a very interesting one as the Cavs also paid two million to the Atlanta Hawks to draft Oakland product Kay Felder in last season’s draft. The young gun played the majority of his minutes for the Cavaliers’ D-League affiliate Canton Charge last campaign in a bid to develop and one day step up into a significant role for the Wine and Gold.

That opportunity may have come quicker than he expected, as head coach Tyronn Lue revealed to Joe Vardon of Cleveland.com

“Whoever plays the best will play,” Lue, who is currently in Las Vegas observing Felder and the rest of the Cavs’ summer league team, said. “It’s not like Kay is out of it. He’s just got to continue to grow, get better, and he’s going to continue to get better.”

If Felder is to secure the backup point guard role behind Kyrie Irving he will have to put on a better showing than what he is at the Las Vegas Summer League Tournament. Felder is struggling, and after three games he’s averaging an underwhelming 12 points per game whilst shooting just 25.6% from the field. His consistency will need to improve if he has a chance.

Lue went on to give his thoughts about the Calderon, and what he brings to the Cavs moving forward.

“Calderon can make a shot, run pick and roll, doesn’t turn the basketball over, so as of right now he’s our backup point guard.”

Only time will tell who plays the crucially important role of being the Cavs backup point guard, and which man will help maintain their status as the Eastern Conference’s top dog.