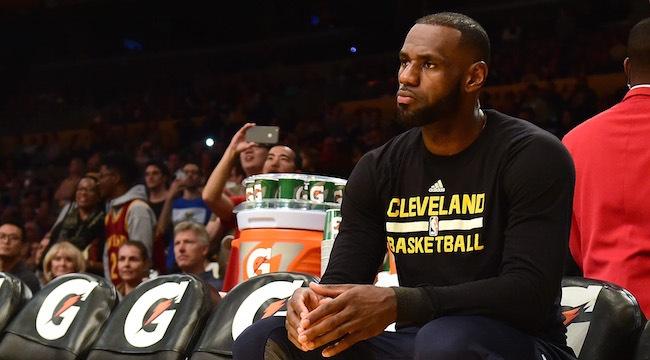 With Kyrie Irving and LeBron James resting, the Cleveland Cavaliers lost a nail-bitter in Miami on Monday, losing to the Heat 124-121 in overtime. The Cavs have now lost three straight games and are a game behind the Boston Celtics for the No. 1 seed in the Eastern Conference. But the No. 1 seed clearly isn’t Cleveland’s main focus as the season comes to a close, especially since James will sit out again for rest purposes in the Cavs’ final game against the Raptors on Wednesday.

Resting James, is just part of Cleveland’s plan as they are looking at the bigger picture of defending their title. For the Cavs, being healthy and both mentally and physically ready for the postseason is more important than the No. 1 seed.

While having the No. 1 seed would be a positive for the Cavs, it is not needed. There is no guarantee that the Celtics will make it to the Conference Finals and if both teams do meet at that stage of the playoffs, the Cavs have already won in Boston once this season. Boston’s homecourt advantage just won’t be that beneficial to the Celtics against the Cavs. The Cavs have also beat the Celtics three times this season and don’t seem the least bit concerned with Boston being a threat to a possible championship run.

Plus the Cavs could still get the No. 1 seed if the Celtics lose their final game and they are able to beat the Raptors. Also of note, in all of his seven championship appearances, James’ led teams have only had the No. 1 seed twice during that stretch so history is on Cleveland’s side.

Overall though, Lue and the Cavs have the right mindset. The No. 1 seed isn’t the end all be all for the Cavs. Winning another championship is. And in order to do that, the Cavs will need to be well rested and prepared for the playoffs, which is what resting James, Irving and other players will do.