Tyronn Lue jokingly refers to loss in Memphis as “forfeit” 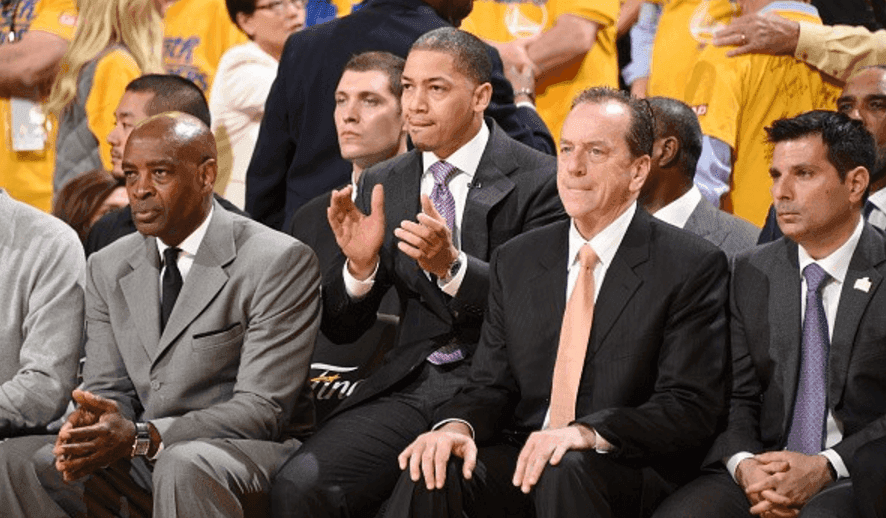 Last week, the NBA’s defending champion Cleveland Cavaliers were in Memphis, Tennessee, playing on the second night of a back-to-back series with the Grizzlies. Tyronn Lue, Cavs Head Coach, had decided to rest his Big 3 (LeBron James, Kevin Love, and Kyrie Irving), which resulted in a 93-85 defeat.

After Friday night’s 119-99 win over the Brooklyn Nets, Lue joked with reporters, saying that the loss in Memphis was a “forfeit.”

“We’re playing good basketball,” Lue said as he was addressing the Cavs’ upcoming game against Golden State on Christmas. “I think we’re, what, 22-6? Won our last nine out of 10, and well, nine and one forfeit, I guess you want to call it.”

Lue has since apologized to Memphis fans, but still received quite a bit of flak for his decision to rest his three stars. After making his ill-advised comment, Cavaliers media relations professionals immediately huddled around Lue to offer counsel, as Joe Vardon of www.cleveland.com reports in his recent article.

Lue still contends that resting players isn’t necessarily what it seems. While it is unfortunate for fans who shell out their hard-earned dollar for a chance to see these star athletes on the hardwood, resting players is often a difficult but necessary decision for coaches. Nagging injuries, extended playing time, and overall morale are all things an NBA Head Coach must keep a keen eye on with regards to players.

While resting players seems to be a theme on the rise in the NBA, the league office has remained silent on the issue – at least for now. In 2012, the San Antonio Spurs were fined $250,000 when Head Coach Greg Popovich sent several players home early from a road trip, despite having another game in Miami.

Agree or disagree, it seems the idea of resting players on certain night’s isn’t going anywhere soon. Besides, as basketball fans, we should support the name on the front of the jersey – even if we have a certain affinity for a particular player.