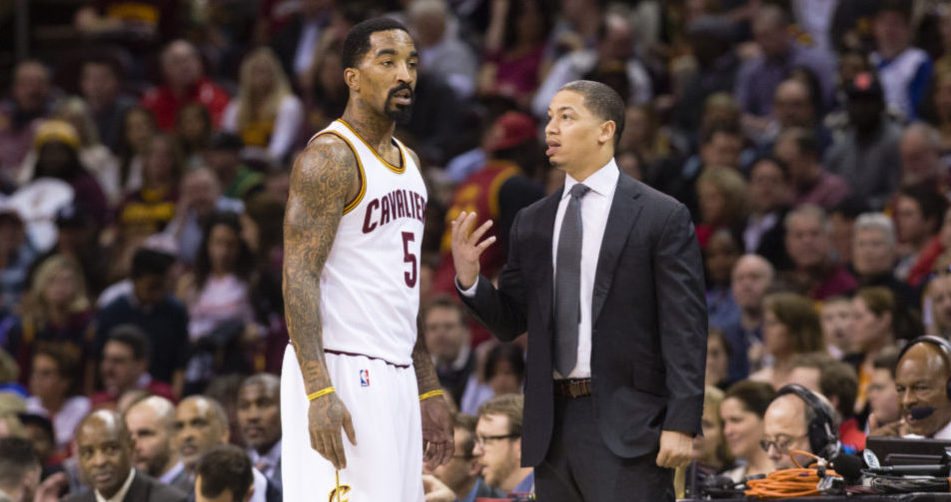 It’s no secret that Cavaliers guard J.R. Smith has an ultra green light when it comes to shooting the three-ball – and for good reason. To date, Smith, with 1,706 career threes, is ranked 15th on the NBA’s all-time leaders in made three-point field goals. He needs just 14 more to pass Dale Ellis (1,719) for the 14th position.

Smith may be known as a marksman, but he’s also known for making contested shots, and he honestly prepares for them. Oh, you want to put a hand in his face? A defender is flying by, you say? He’s falling out of bounds? It doesn’t matter to “Swish”. He’ll put it in your eye, then blow the smoke from his fingers.

Ty Lue on J.R. Smith preferring to take difficult shots over open ones: "A couple times we told LeBron to pass it and then go contest him"

Smith reclaimed his position in the starting lineup on Friday night after missing Cleveland’s previous three games due to a nagging ankle injury. The results were instant. In 25 minutes of playing time, Smith had 9 points (3-of-6 from beyond the arc), two assists, two steals, and one block.

The Cavs will certainly need Smith’s accuracy from long range as the season matures. It seems fans and coaching staff alike are more than happy to have him back in the rotation. 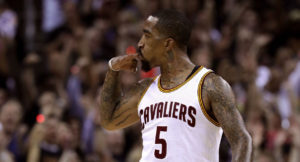