Tonight, the 41-and-18 Eastern Conference-leading Cleveland Cavaliers are on the road for a match-up against the Atlanta Hawks inside Philips Arena at 7:00 p.m. EST.

Just before noon today, Joe Vardon of cleveland.com reported that Cavs Head Coach, Tyronn Lue, was not at this morning’s shootaround due to an illness. Despite his minor set-back, Coach Lue is still on the court tonight vs. the Hawks

Ty Lue is not at shootaround. He's sick. Expected to coach tonight

LeBron James, Cleveland’s superstar small forward, has been dealing with a case of strep throat for a week or so, but it hasn’t seemed to hinder him much — if any at all. In Wednesday night’s 103-99 loss to the Boston Celtics, “The King,” as James is justly known, tallied 28 points, 13 rebounds, and 10 assists in his 40 minutes of playing time.

Since taking the reigns from Coach David Blatt midway through last year’s championship season, Coach Lue is carrying a 68-and-32 regular season record, along with a 16-and-4 mark in last year’s playoff run. It’s clear to see, Coach Lue is doing a fine job as the Cavaliers’ play-caller. 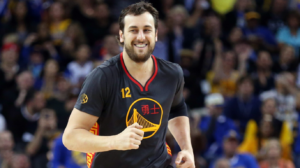 JUST IN: Matthew Dellavedova may have had an impact on Andrew Bogut's decision to join the Cavaliers
Related TopicsCavaliersCelticsDavid BlattHawksLeBron JamesTyronn Lue