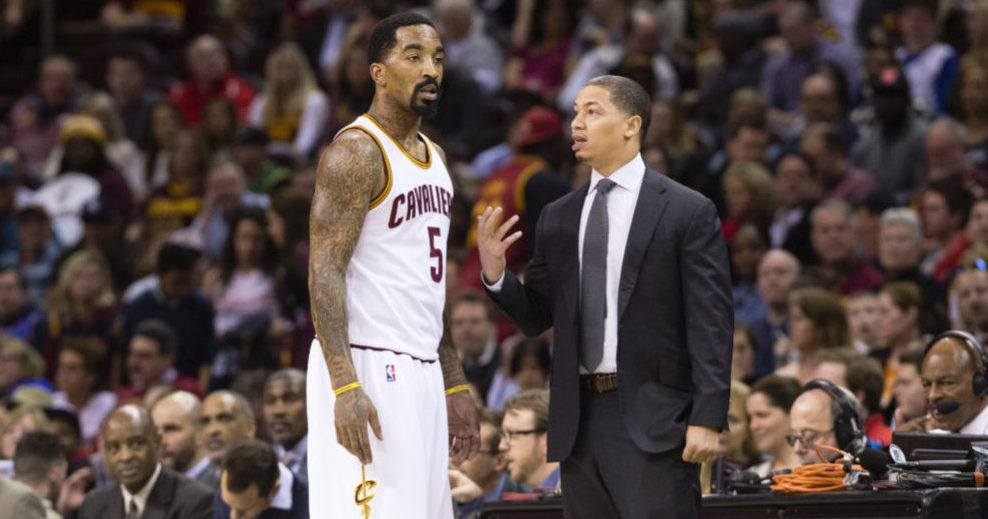 Tonight, the NBA’s defending champion Cleveland Cavaliers will face the Toronto Raptors at 7:00 p.m. EST inside Quicken Loans Arena for Game 1 of the Eastern Conference Semifinals.

Since these two teams met in last year’s Eastern Conference Finals, a series which the Cavs won in six games, both sides have made a few changes. The Raptors have bolstered their lineup with the additions of Serge Ibaka and P.J. Tucker. The Cavs, who have had several players come and go this season for a variety of different reasons (trade, injury, etc), have added Kyle Korver, Deron Williams, Derrick Williams, Dahntay Jones, and most recently, Walter Tavares.

As most NBA fans know, the Raptors are led by their dynamic duo of Kyle Lowry and DeMar DeRozan. After yesterday’s practice session at Cleveland Clinic Courts, Cavs head coach Tyronn Lue spoke to members of the media with regards to his preparations for Toronto’s dangerous guards.

“I just think we have to do a good job on both of those guys,” coach Lue said. “Make them make field goals and not free throws, that’s my biggest thing. Keep them off the line and make them make shots. If we can do that, it can work out for us, work out in our favor.”

J.R. Smith will likely draw the matchup against DeRozan, who led the Raptors in scoring with 27.2 points per game in the regular season. “Swish,” as Smith is affectionately known amongst his fans and followers, is no stranger to guarding the prolific guard.

The Cavs will need to limit several elements of DeRozan’s game, but Smith says he’s up for the challenge.

“Making him take tough shots, keeping him off the free throw line,” Smith said when asked what he would consider a successful night defending the Raptors’ leading scorer. “Not fouling. If you can get out of the game with probably a foul or two, him shooting five free throws or less, that’s pretty good. I think he’s averaging eight or nine free throws a game, so just try to keep him off the free throw line, keep him from making those spectacular plays, those dunks he has, stuff like that. It will be a tough task but I think we’re up to it.”

Smith knows that limiting DeRozan’s trips to the free-throw line will be an important part of slowing him down. During the regular season, DeRozan averaged 8.7 trips to the charity stripe per game (fifth in the NBA). In his first-round series against the Milwaukee Bucks, DeRozan shot 92 percent from the line with 8.3 attempts per game.

It sounds like Swish has been studying DeRozan’s game…

“I think he was looking for the foul more,” Smith said of DeRozan. “This year, I think he’s just playing, letting the game come to him. He was trying to pump-fake a lot more, he’s not really doing that as much, but he still does it. He’s so good at getting to the free throw line, the only person that does better than him right now is probably James Harden.”

“Just keep him off the free throw line, make him take tough shots, contest, that’s all you can ask for. If he makes shots, he’s going to make shots, anyway. Just rely on my teammates.”

As for Lowry, Toronto’s crafty point guard, he’ll be guarded by Kyrie Irving — yet another great positional matchup. Lowry is another player who gets to the free-throw line a lot. In fact, the scrappy ball-handler averaged 6.1 free throw attempts per game in the regular season (sixth amongst point guards).

Although his team advanced, Lowry struggled a bit in Toronto’s first-round matchup against the Bucks, averaging 14.3 points while shooting 42.6 percent from the field and 28.1 percent from three-point land. Lowry made it to the stripe just four times against Milwaukee.

“You can see he’s finally starting to catch his groove,” Lue said. “Before the playoffs started I think he played six games or five games and it’s tough. You sit out that long and come back and then you have to raise your level and play in the playoffs and it’s different so the last couple of games I thought he caught his rhythm a little bit and seemed to be comfortable.”

Whether he’s coming off of a bad series or not, coach Lue still considers Lowry a tough matchup.

“You can see he’s finally starting to catch his groove,” Lue said of Lowry. “Before the playoffs started I think he played six games or five games and it’s tough. You sit out that long and come back and then you have to raise your level and play in the playoffs and it’s different so the last couple of games I thought he caught his rhythm a little bit and seemed to be comfortable.”

“Kyle (Lowry) is a great pick-and-roll player, shoots it off the pick-and-roll a lot, but he does a better job of getting into the paint and getting fouled using his body,” Lue continued. “Kyrie (Irving) has to be smart just staying out of foul trouble and not getting caught up in the nicky-knack fouls and just being smart defensively. It’s going to be a tough challenge, but make Kyle finish. Don’t get fouls and get in foul trouble early in the game. It will be a good challenge for him.” 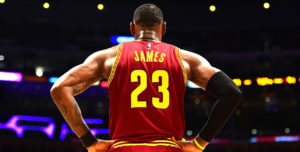