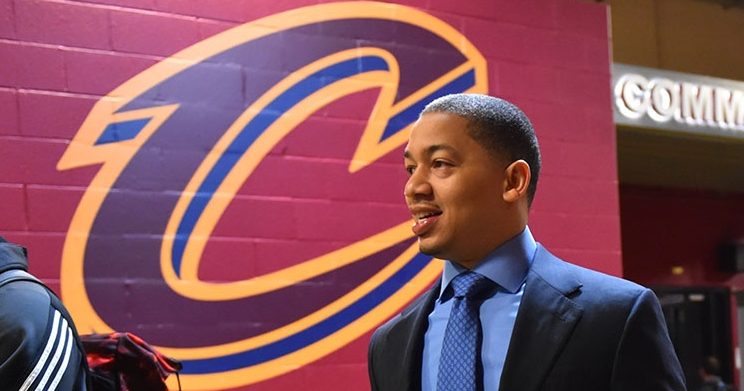 On Saturday night, the Cleveland Cavaliers kicked off their current four-game road trip in Los Angeles with a matchup against the Clippers inside The Staples Center. Just before tipoff, Cavs Head Coach Tyronn Lue announced that he would rest his three star players: LeBron James, Kyrie Irving, and Kevin Love.

Coach Lue’s decision to rest The Big Three was not received well. The ABC in-game analysts went on and on about the move during the majority of Saturday night’s nationally-televised broadcast. Fans who shelled out good money to see them play were visually (and vocally) upset. The NBA wasn’t pleased either. Just seven minutes into their game against the Clippers, Cavs General Manager David Griffin received a phone call from the league office.

There were valid reasons for Coach Lue’s coaching decision, however. As most Cavs fans know, several players have been dealing with injuries this season, including Kevin Love. In fact, Love is (technically) still recovering from a knee injury and subsequent surgery that caused him to miss 13 games.

In Irving’s case, Coach Lue likely chose to hold him out due to the knee tightness he has been experiencing since Thursday night’s 91-83 home win over Utah. After scoring 21 points, four assists, and four rebounds against the Jazz, Irving asked for a substitution in the fourth quarter and did not return to play. So, all things considered, holding him out of Saturday night’s game, the first game in a back-to-back set, seems fairly reasonable.

What about James, you ask? Well, unless you have been living in a cave, you know that “The King”, as James is justly known, logs more minutes than anyone on his team. Currently, James is averaging 26.2 points, 8.8 assists (career-high), 8.4 rebounds, and 1.3 steals in a whopping 37.6 minutes per game.

Coach Lue spoke with members of the media after Saturday night’s blowout loss to the Clippers to offer up an explanation for his decision.

“Kevin’s game plan the whole time was to try to get two or three days (off) in between each game,” Lue explained. “And him only having one day (off), we knew he was going to be out of the Clippers game.”

“With Kyrie’s knee from the last game — even though him and LeBron are pissed and wanted to play — it’s just being cautious with our medical staff,” Lue continued. “They just said it would be a good game for those guys to take off and be ready to go tomorrow (Sunday).”

Coach Lue closed Saturday night’s post-game interview with a statement about building team chemistry and an apology to the NBA.

“The biggest thing is, I guess, if they play tomorrow, then everybody will be back and we can kind of start building what we’re trying to build going forward,” Coach Lue said. “Every time we seem to catch a rythm or get something going, you know, something happens.”

“I’m sorry NBA, I’m sorry ABC,” Lue said of his coaching decision as he looked into the cameras. “This wasn’t intentional. This was serious. No need to have setbacks or play one game on national TV, so we’re being smart about it.” 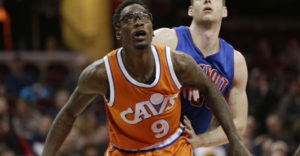