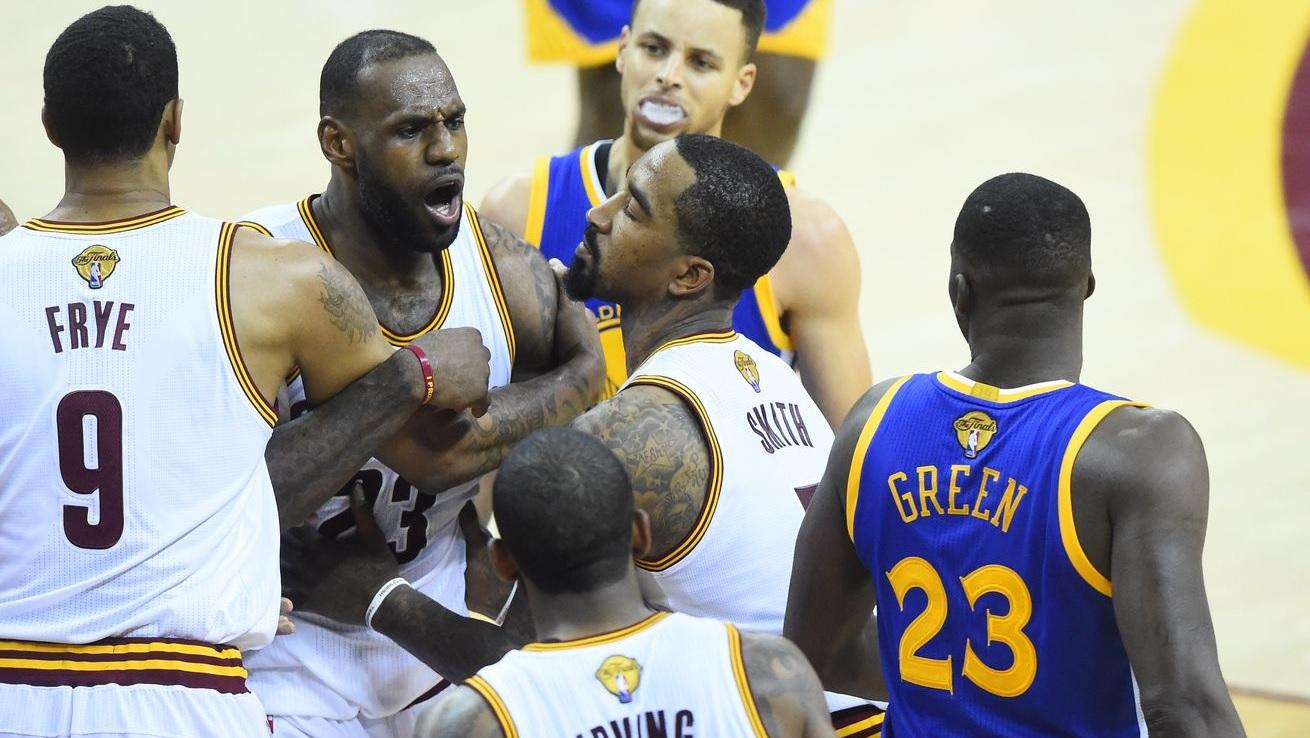 On Monday the 16th of January, we saw the second and final regular season installment of the Cleveland Cavaliers and Golden State Warriors rivalry. The Warriors caught fire early and never looked back, winning the contest by 35 at home at Oracle Arena, but it wasn’t the score that made headlines.

Draymond Green and LeBron James collided mid-court with about 7 minutes to go in the first half, with James leading a Cavalier fast break. Green appeared to attempt to steal the ball cross body, instead landing a WWE style clothesline. Green was assessed a Flagrant 1 foul on the play.

Much was made of the play following the game, but Cavaliers head coach, Tyronn Lue, see’s it as a simple message.

“Was it a statement? I think so,” Lue told cleveland.com following Wednesday’s practice. “He didn’t want to let LeBron get in the open court and get a dunk or layup and he took a hard foul. He wanted to try to send a message to our team.”

After the Cavalier in charge called Draymond’s message, he sent one of his own. The NBA is a game of skill and determination, but mind games also play a major part.

Unfortunately for not only Cavs and Dubs fans, but for all basketball fans alike, this may be the last time we see these two teams collide for quite some time. With no more regular season games to play, a third consecutive NBA Finals would be the closest possible meeting for the bitter rivals.

No teams have ever met three times in a row in NBA Finals history, and if it were to happen this year, you can be sure to see more mind games, and more hard fouls.