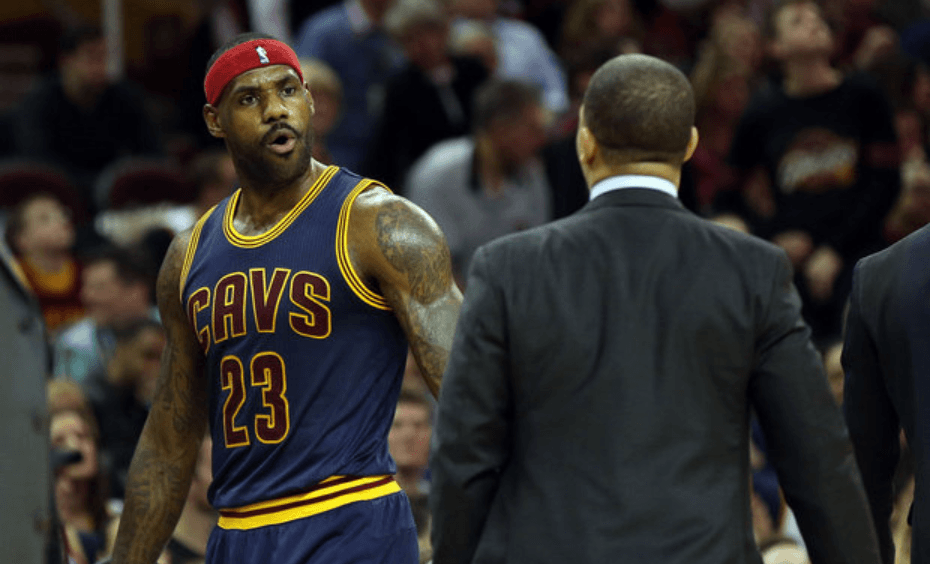 Over the past couple of days, LeBron James’ behavior has been deemed unacceptable by many fans. Apparently, they weren’t the only ones a little frustrated with the timing of James unfollowing the Cavs on Twitter and playing ‘buddy-buddy’ with Dwyane Wade at halftime of the Cavs-Heat game that saw Cleveland down 21 at the half.

Joe Vardon of Cleveland.com reports that Tyronn Lue and David Griffin approached LeBron about these actions, and James apologized.

Lue spoke with James after Saturday’s 122-101 loss in Miami, during which at halftime James was noticeably chatting it up with his friend, Heat star Dwyane Wade, instead of warming up with the Cavs trailing by 21.

Griffin replaced former coach David Blatt with Lue in part to demand more accountability from James — which the player covets — and their chat was an example.

Griffin’s talk with James on Wednesday afternoon was a little more general, but was sparked by James’ comments to The Bleacher Report that he wanted to play with Carmelo Anthony, Dwyane Wade, and Chris Paul on the same team for a “year or two.”

Lue said James apologized to him for his behavior at halftime Saturday night, and Griffin’s discussion with James was positive and productive, with James echoing recent public statements about an upward trend for the Cavs heading into the playoffs.

James knows the impact of everything he does. He’s the most watched and most scrutinized athlete on the planet, and yeah, he made a mistake acting all ‘buddy-buddy’ with Wade during and after the Heat game. If this was the postseason, this would be a completely different LeBron. Lue revealed the conversation between he and James.

“I just told him we can’t have that, being down like we were and him being the leader,” Lue told cleveland.com. “Just me being a competitor, I didn’t like it. We had a long talk about it. It was good. He understood, he apologized, and he’s been great.”

RELATED: LeBron James Unfollowing Cavs On Social Media Isn’t A Cause For Concern

Since the pair of fiascos, James has gone off for 33 points, 11 rebounds, and 11 assists against Denver as well as 26 points, six rebounds, eight assists, and two steals against the Bucks, which included a slew of thunderous dunks to ignite the crowd. 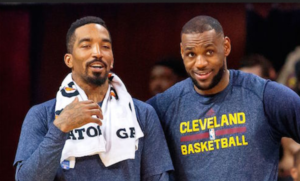