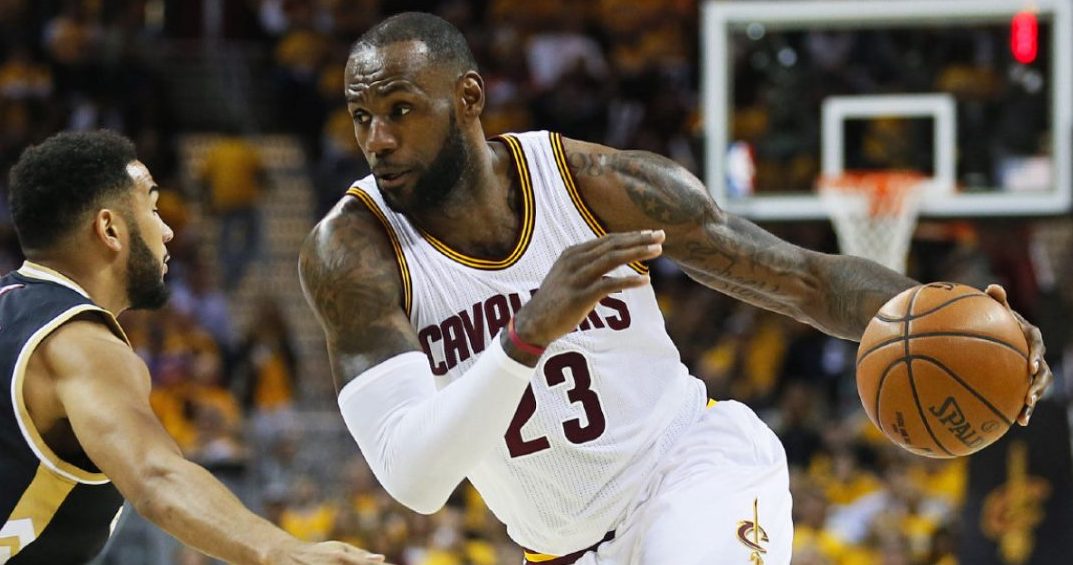 Two nights ago, the NBA’s defending champion Cleveland Cavaliers squared off against the Toronto Raptors inside Quicken Loans Arena for Game 2 of Eastern Conference Semifinals. When the smoke cleared inside The Q, the Cavs had won their sixth straight game of this season’s playoffs by way of a 125-103 runaway victory.

LeBron James led all scorers in Wednesday night’s game, recording 39 points (10-of-14 from the field, 4-of-6 from downtown, and 15-of-21 from the charity stripe), six rebounds, four assists, three steals, and two blocks in his 37 minutes of playing time.

The King has been on a tear through the early stages of this season’s playoffs. Through his first six games, James is averaging 34.2 points (57% FG), 9.2 rebounds, 7.3 assists, 2.7 steals, and 1.8 blocks in 42.2 minutes per game. According to ESPN, only former Los Angeles Lakers great Kobe Bryant (34.3 points per game in 2008) has averaged more points through the first six games of a playoff series. After last night’s blowout loss to the champs, Raptors guard DeMar DeRozan jokingly told reporters that he would give $100 to anyone who could stop James.

So, how has The Akron Hammer been able to pound so hard recently? During his post-game media availabilty last night, Cavs head coach Tyronn Lue credited the defensive savvy of J.R. Smith and Iman Shumpert for James’ stellar play.

“Defensively, with J.R. (Smith) and (Iman Shumpert) taking the responsibility of guarding the best players, of guarding Paul George, guarding (DeMar) DeRozan, I think that gives Bron a chance to roam and rest on the defensive end,” Lue said. “You’ve got to give credit to those guys for giving Bron the energy to do what he’s doing. When he’s able to fly around and play with that kind of pace and that kind of energy, it’s tough.”

Smith and Shumpert, known as the Cavs’ best defenders, did a fine job guarding DeRozan in last night’s Game 2 win. The Raptors stand-out finished with just five points. In fact, DeRozan had only one point through three quarters of play.

If Shump and Swish continue playing defense like this, opposing sides might have to start game planning for them instead of James. 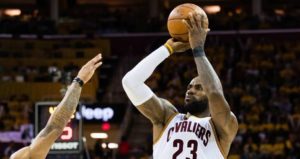