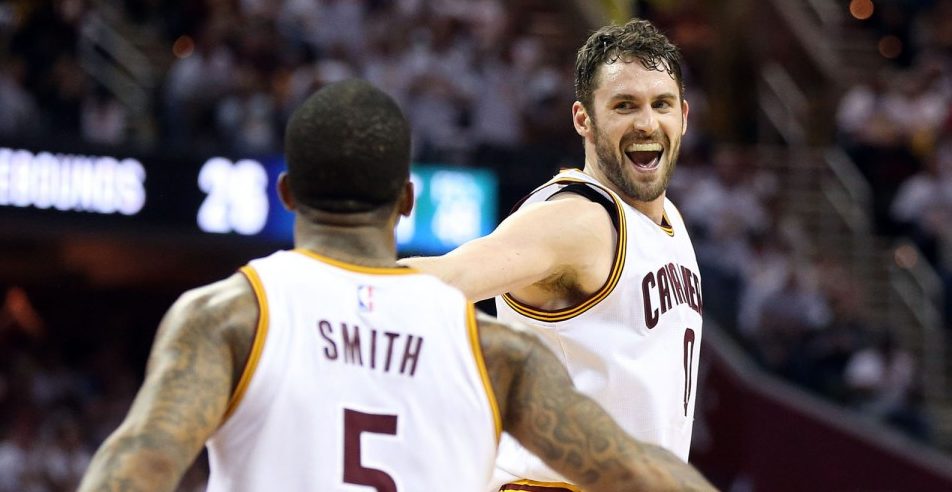 With John Wall sinking a free throw putting his Washington Wizards up by three last night, all hope seemed lost as the Cavaliers had no timeouts to advance the ball, or so we thought.

Enter LeBron James and Kevin Love, who linked up perfectly to make without doubt the play-of-the-year. After the made free throw, Love immediately delivered an extraordinary outlet pass to James, who had single coverage.

James then made a very difficult catch before taking one dribble to the three-point line before draining a fadeaway, turnaround clutch three-pointer off the glass whilst falling out of bounds to send the game into overtime.

It was a play that you had to see to believe. Despite the degree of difficulty, coach Tyronn Lue, Love and James discussed postgame that they actually ran some action of a play they call “touchdown”, to force the game into overtime and eventually come away winners.

Joe Vardon of Cleveland.com got the inside scoop after the game in the Verizon Center locker rooms.

The Cavs ran a play called 'touchdown' to save themselves from the Falcons I MEAN the Wizards @clevelanddotcom https://t.co/0FsOsFVFZI

James was hot in the fourth quarter, hitting three clutch three-pointers before that miraculous shot, and he as well as Lue and Love explained the play that saved them.

It was a massive win on the road for the Cavaliers, who stopped a 17-game winning streak at home for the Wizards. Love and James were excellent on the night, and Kyrie Irving did what he does best, with a dagger three-pointer from his favorite spot to lift the Cavs in overtime.

Cleveland have some momentum now, and will face up against the in-form Pacers tonight in what promises to be another roller-coaster of emotions. 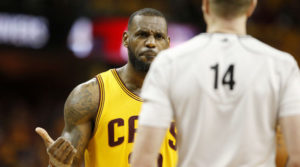