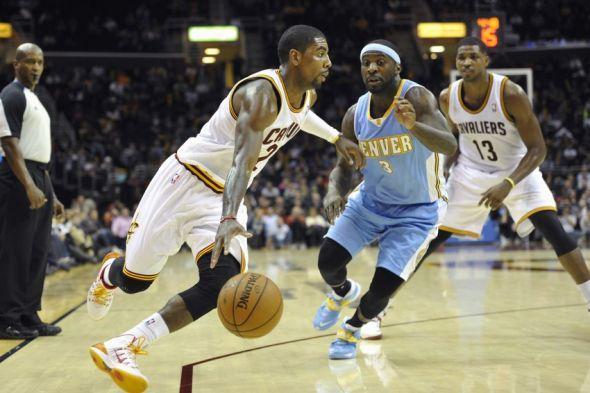 The 2015 NBA Finals weren’t pretty by any stretch, but if there was any great part, it’s that Cleveland got its first Finals victory at home as well as on the road. It was clear, however, that injuries piled up and without Kyrie Irving or
Kevin Love, the Cavs title hopes were very slim.

Ty Lawson, who was recently traded over to the Denver Nuggets, spoke out about how easy it was for Curry in the Finals and how little the Cavs did to make him work.

“Steph Curry needed someone to go back at him,” Lawson told Yahoo Sports. “I thought Stephen was just chillin’ on defense – and then going crazy on offense. He looked like he was just putting shots up and not working so much on the defensive end. He would just come down and hit three or four 3s. He can shoot when he’s got his legs under him.”

“He wasn’t really working at the other end.”

Well, Curry didn’t really have a matchup to make him work much defensively. The Cavs started backup Matthew Dellavedova, who held his own for as long as he could before succumbing to Curry’s greatness late in the series. Once Curry got going and Delly was gassed, it was clear that the Cavs had little chance to win it all.