Twitter Reacts On Cavs’ Historic Night From Beyond The Arc The Cleveland Cavaliers were in the zone Wednesday night as they entered the record books straight from long distance. Everyone wearing the home white was feeling it, leading to an all-time playoff high of 25 made threes.

Noise from a jampacked Quicken Loans Arena made its way through thick walls and onto the rest of the NBA world as evidenced by these tweets from some popular names.

ESPN’s Stephen A. Smith was also pumped up by the Cavs’ performance.

Cleveland Browns cornerback Joe Haden was at the game, and really enjoyed it. 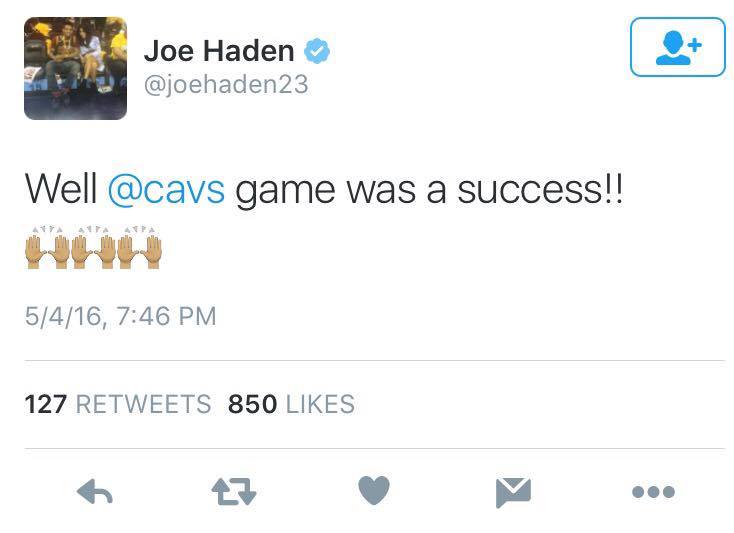 Skip Bayless tried to be classy about it at first, but couldn’t.

Congrats to the Cleveland Cavaliers for obliterating the all-time single-game 3-point record. Some night, gentlemen.

It's almost over, Hawks. Just two more embarrassments until vacation.

While rapper Common was simply brutal.

Somebody tell the Hawks the have a game tonight. @NBAonTNT @NBA

Do they have to play the 4th Qtr or can they stop the fight like in boxing? @NBAonTNT @nba #WheresMillsLane

Being the true enforcer that he is, former Cavalier draftee and NBA great Charles Oakley defended the Cavs from Charles Barkley’s comments.

The Atlanta Hawks stood around and watched the Cavs make 25 3s to set the NBA record.

It was indeed a dream night for everyone in Cleveland. 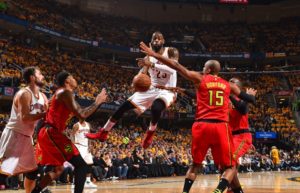 JUST IN: Hawks Twitter Account Trolls Own Team Thanks To First Half Embarrassment From Cavs
Related TopicsAtlanta HawksCleveland CavaliersNBANBA PlayoffsTwitter