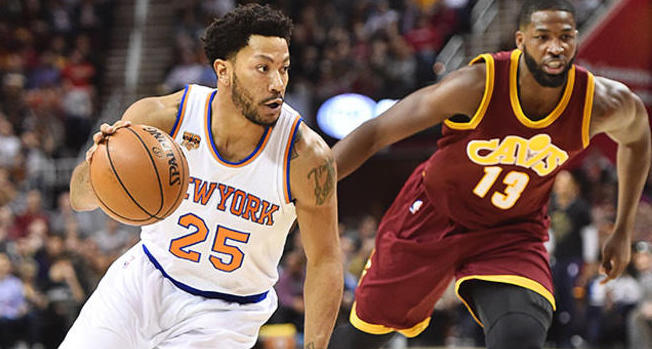 As news surfaced about Derrick Rose agreeing to sign with the Cleveland Cavaliers, it was development the team’s fans were hoping to happen, especially with all the rumors surrounding Kyrie Irving wanting to bolt out of Northeast Ohio. They held two meetings with him, one on Friday and another one Monday, with a physical exam already in the books as well.

However, what came as a shock to many is Rose agreeing to a minimum deal, despite making it known earlier in the summer that he wants to receive a salary in the $12-15 million range per year. Twitter users quickly reacted to his signing and did not hold back in voicing out their thoughts about it.

Some are full of optimism that he can bounce back from the injury woes he suffered the past couple of seasons, and that he still has a lot of game left in him. They even went as far as saying they believe he can once again play at an elite level.

Just when you thought Derrick Rose might be done… pic.twitter.com/5CghVoMZlD

Lebron is about to get Derrick Rose back to MVP form.

I don't care what team he's on, I want this Derrick Rose back #MVP pic.twitter.com/VyT4uRGMew

Derrick Rose on his way to training camp next month. pic.twitter.com/eIGDwbbB8Z

Derrick Rose to the Cavs is a nice addition. LeBron known to get the best out of his teammates, think he'll have an improved year

There are others though who could not believe that Rose will only receive the veteran’s minimum, only six seasons from his MVP season, and at 28-years-old.

Remember when people said Derrick Rose was better than LeBron?

Could you imagine telling someone in 2012 that Derrick Rose will sign a deal for 2.1 million in 5 years. Man

There are also some tweets that are just downright hilarious.

Derrick Rose signs for only 1 year/ $2.1 million? Folks I haven't seen a rose fall apart this fast since Beauty and the Beast.

This Gonna Be LeBron James when he Realizes Derrick Rose Ain't Show Up For The Game….. pic.twitter.com/IsQ0R1LZcl

Playing with LeBron James and Kevin Love, the Memphis product won’t need to score heavily night in and night out, and could focus more on his playmaking. That said, it could be beneficial for him as less action, unlike his playing days with the Chicago Bulls, could prolong his career and allow him to be aggressive only when needed.

Rose may not be the same the same player that he was earlier in his professional career, but he definitely sees this as an opportunity to prove to his doubters that he can still return to his old self. It’s also a chance for him to resurrect his career, in order to secure a more lucrative offer next summer.