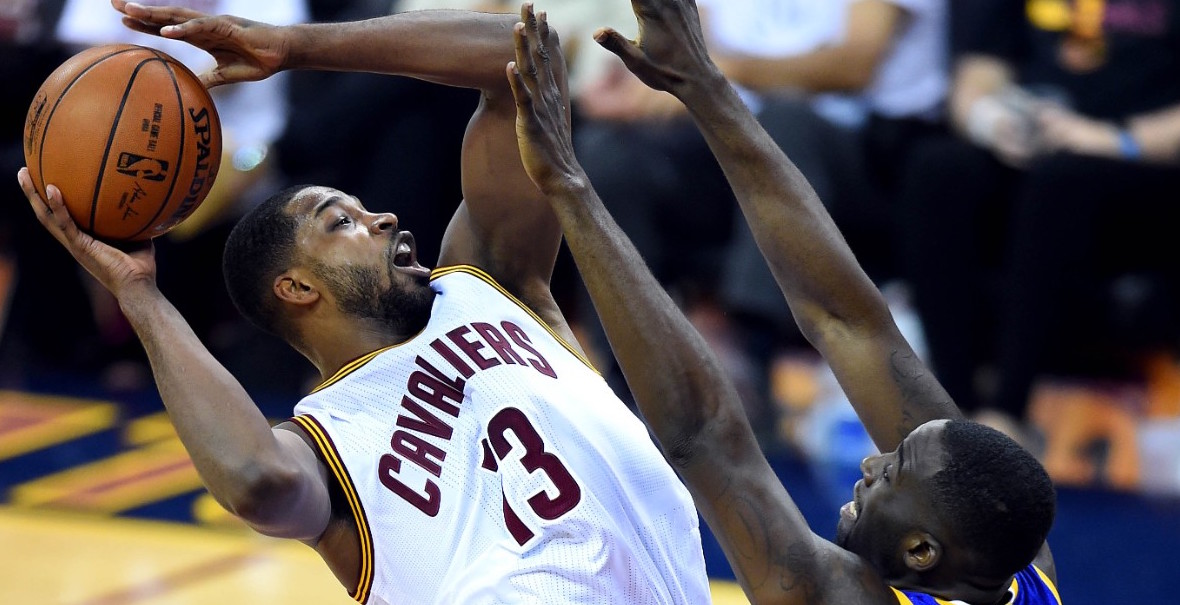 The evolution of Tristan Thompson started as a relatively surprising #4 pick in the 2011 NBA Draft, with players like Klay Thompson, Kawhi Leonard and Jimmy Butler still waiting to hear their names called. Thompson was an athletic big man with what Jay Bilas would call “a great motor and tremendous upside.”

As an investment for the Cleveland Cavaliers, he was a long-term project. He was unpolished and raw offensively, and awkwardly shot free throws with what appeared to be the wrong hand.

Fast-forward through five seasons with the Cavs, and he has literally seen the very best and very worst of Cavs history. He suffered through three consecutive losing seasons. He has played for four head coaches in five years. He has also played in two NBA Finals, winning the most recent one and thus ending Cleveland’s history of losing. His career has seen the extremes of winning and losing, but he has made himself irreplaceable to the Cavs’ lineup regardless of their success.

Between all of the highs and lows of winning and losing, Thompson has created an identity for himself as one of the more versatile players in the NBA, while barely ever having a play called for him. He has ranked in the top five in offensive rebounds in each of the last four seasons, he currently holds the record for most consecutive games played among active players, and he has anchored one of the best defenses in the NBA playoffs for the past two seasons.

In the NBA Finals, Kevin Love was seen as a defensive liability because of his power forward matchup with playmaker Draymond Green. While the switch of putting LeBron James on Green drew most of the attention, it was the versatility of Thompson to switch on to Harrison Barnes, while Love matched up with the less mobile Andrew Bogut, that made this all possible.

It is actually the versatility of Thompson that gave head coach Tyronn Lue the confidence to play a switching defense on Golden State’s motion offense. Several times in the Finals, Thompson switched on to league MVP Stephen Curry, and in many of those cases he either prevented him from getting the ball at all, or forcing him into a difficult shot. With a less mobile player beside Kevin Love in the post, this strategy is not likely possible. Thompson made it possible, and he made it work.

Thompson is only 25-years old, and will continue to develop as a player. With the developments over the past few days of free agency, questions come to mind as to who he will match up with in next year’s playoffs.

Al Horford in Boston will be familiar, Kristaps Porzingis is a threat if the Knicks make the playoffs, and Al Jefferson now in Indiana gives them a post presence that they haven’t had recently. If teams choose to go small, he could match up with players like Paul George, Nicolas Batum, or Paul Millsap. Regardless of the matchup, Thompson will be critical to the Cavs’ success because he has created an identity as someone who is willing to do the things that most players aren’t comfortable doing.

RELATED: Tyronn Lue Is Puzzled With Tristan Thompson’s Finish In 6th Man Of The Year Voting

The surprise 4th pick in 2011 is done surprising Cavs fans. He has proven his reliability. His commitment to improving is proven by his willingness to change from left-handed to right-handed free throw shooting. His confidence was proven when he turned down a $52 million extension at age 23, and then again when he turned down an $80 million contract at age 24.

He eventually locked up with the Cavs for five years at $82 million, and with the way things are going right now in terms of the money being doled out by teams to their players, Thompson will soon be a bargain by many standards.