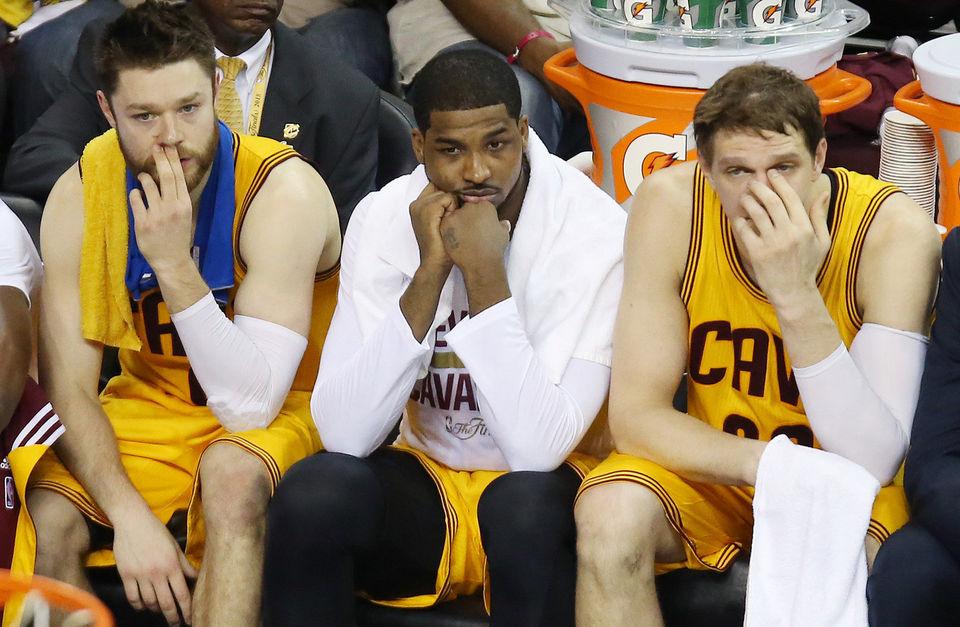 LeBron James has organized pre-training camp workouts for the Cavs team to attend down in Miami. The camp is set to begin today and will end next week. That will give the players another week or so before Cavs media day on September 28 and Cavs training camp on September 29. Although a lot of the Cavs players were expected to be in Miami by Thursday for the workouts that begin today, one core player will not be in attendance.

Chris Haynes of Cleveland.com has the story:

“Restricted free agent Tristan Thompson will not attend the assembly, Northeast Ohio Media Group was informed. With the 24-year-old in the midst of a lengthy contract stalemate with the club, he has elected not to appear.

Kyrie Irving, Kevin Love, and Anderson Varejao will be limited as they recover from injuries that required surgery.”

UPDATE: Tristan Thompson Will not Accept Any Offer Less Than Max Contract

It’s not clear exactly why Thompson isn’t going to attend, as it is only involving players from the team, but Thompson likely doesn’t want to discuss anything with his teammates that could eventually be leaked. Thompson and agent Rich Paul have told the Cavs he wants a 5-year, $94 million max deal, but Cleveland is not budging on their 5-year, $75-$80 million offer, which is still more than generous.

Again, this camp has no association with the Cavs organization, so it is unclear as to why Thompson wouldn’t attend.

Some of the other players in attendance will reportedly include Irving, Love, Varejao, J.R. Smith, Iman Shumpert, Joe Harris, Mo Williams and most recent signee Sasha Kaun.