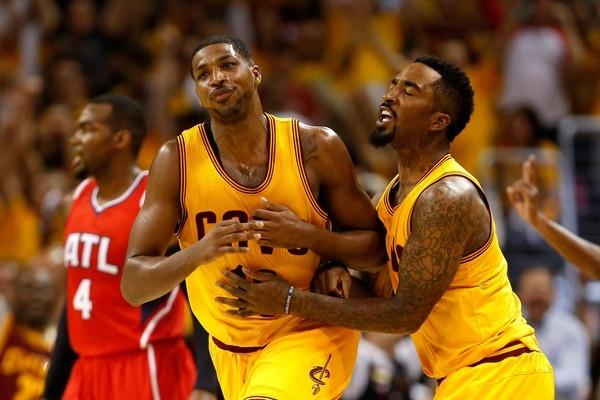 According to Brian Windhorst of ESPN, talks between Tristan Thompson and the Cavs are not heading towards the right direction. Instead they are regressing, and Thompson is leaning towards signing the qualifying offer, according to Windhorst.

Windhorst: The Tristan Thompson contract talks are not progressing with the #Cavs. It's pushing towards that qualifying offer

Windhorst: Thompson believes he will get max offers next summer. That's why he can tell the #Cavs to offer him a max deal.

Now, it is important to note that despite this report coming from a well-known writer for ESPN, Windhorst was an extremely unreliable source in the 2014-15 season, repeatedly stirring up problems by saying that players and coaches were clashing, when that wasn’t what was happening in reality. Still, it’s hard not to see Thompson leaning towards the qualifying offer since he really believes he is worth the max.

At this point, the Cavs have to sign Thompson to whatever contract he desires. He is not worth that much at all, that much is clear, but the Cavs want to keep as many of their players as possible, even if it means going over the cap and into the luxury tax. It’s important to note that if the Cavs DO NOT re-sign Thompson, they will LIKELY NOT have enough money to sign a replacement power forward and re-sign Timofey Mozgov (who will likely be expecting a contract that pays him around $12-$16 million a year).

If the Cavs are really determined to win a championship, then Dan Gilbert will have to dig deeper into his pockets and pay Thompson. I’m sure I speak for the whole Cavs fan base when I say that I don’t think Thompson is worth more than the $50-$52 million he was offered at the start of the season. However, if the Cavs expect to compete and end Cleveland’s 50 year championship drought, there really is no option here. Sign Thompson to a 5-year, $94 million max deal.