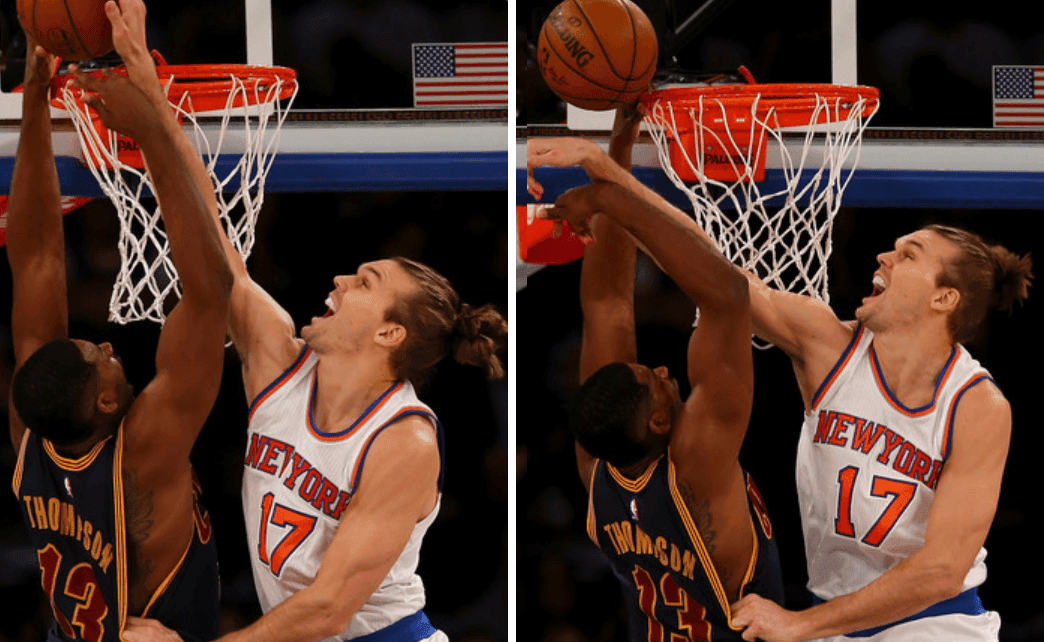 The Cleveland Cavaliers defeated the New York Knicks for the second time this season, this time at Madison Square Garden, to get their eighth win of the season and eighth straight since that opening night two-point loss to Chicago.

Aside from LeBron James, Mo Williams, and Kevin Love, Tristan Thompson was arguably the Cavs most important player on the floor. He only finished with four points and 10 rebounds, but of the 10 players who saw game time, Thompson had the third best plus/minus of +9.

He had his good moments on the glass, but he also had a bit a surprising moment when New York’s Lou Amundson came out of nowhere to block his wide open dunk cleanly.

After the game, Thompson was asked about playing through frustration, and he took a shot at Amundson in the process.

Tristan Thompson on playing through frustration tonight: "Especially when Lou Amundson blocks your shot. Like, seriously?"

That wasn’t very nice from Thompson, but then again, it was incredibly surprising to see a player like Amundson, who has bounced around the league and has yet to make a name for himself. Amundson, a former Cavalier, hasn’t seen many minutes on the floor, and could make a decent third-string backup center until he can prove that he can be effective on the floor, like he did Friday night.

Both sides will likely move on from this as the Cavs move on to play Milwaukee on Saturday night.