Tristan Thompson Returns To Practice For The Cavaliers 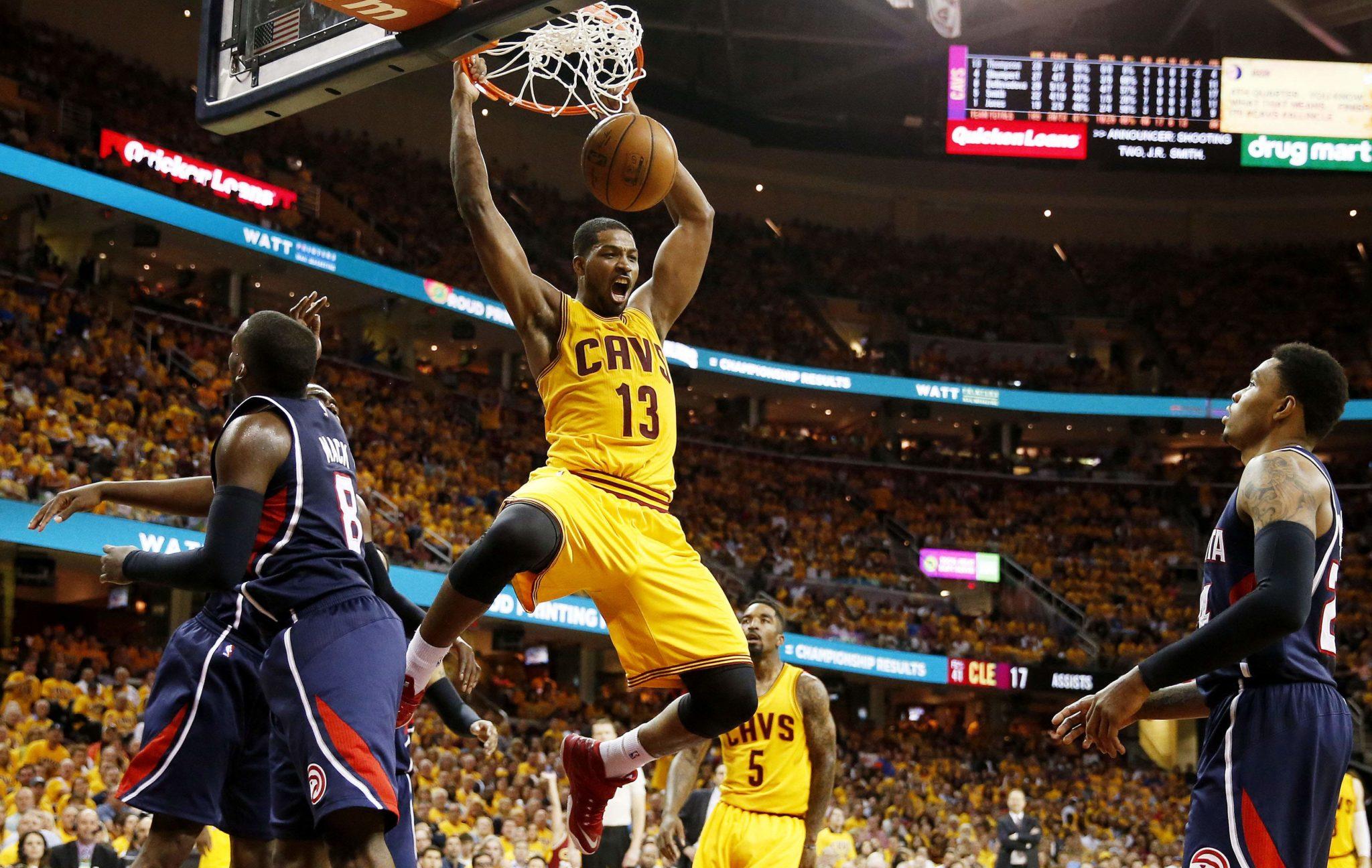 After missing out on the start of training camp and all of the preseason, Tristan Thompson has returned to practice for the Cleveland Cavaliers.

RELATED: BREAKING: Cavs Re-Sign Tristan Thompson To A 5-Year Deal Worth How Much??

He came back $82 million richer but he brought with him the same level of work ethic that he has exhibited in the past; something that has allowed him to go on a very praiseworthy streak of 288 games played.

Thompson held out for three weeks but that didn’t prevent him from working out on his own, be it running on a treadmill, jogging, or lifting weights, and he made sure that once he returns to the team, he will be as close to peak form as possible. He also kept tabs on his teammates during that period.

“I feel like I’m almost there. I feel like I’m good. As long as I’m rebounding and setting screens and doing it a high pace that coach wants me to play then I guess I’m ready.”

“I talked to my teammates. I asked them how training camp is going. They said, ‘It’s going great.’ Asked if I missed them. I said, ‘Not too much.’ For me, it was staying ready. When I spoke to my teammates it was more off the court. Asked me how I’m doing. Asked them how they’re doing. We have a relationship outside of basketball.”

LeBron James wasn’t surprised to see Thompson come in the way he did.

“He looked like himself. He had been working out the whole time so he looked just like himself. Obviously he’s not all the way up to speed with the new sets we put in this year both offensively and defensively. But that will come with time.”

With Thompson’s re-addition, the Cavaliers’ payroll now goes beyond the stratosphere. But that’s not going to prevent the team from getting better and General Manager David Griffin gives all the credit to Cavs majority owner Dan Gilbert for not holding back on anything that benefits their quest towards a championship.

“I think what Dan does is challenge us in ways. Dan almost dares us to believe that we can spend more money and make it work. He’s a really interesting owner in that way. He’s not looking at this as an actuary might. He’s looking at this as, ‘What’s best for us to win games?’

“And he’s done that in every part of this business, from the building we’re standing in right now to what he does for us from the standpoint of the bandwidth he gives us financially in the weight room and the training room. He invests in this process at every level all the time. And so the Tristan signing is just more evidence of that. I’m really proud of the fact that we found a way to exceed an unlimited budget. That’s difficult to do. But I am. I’m just grateful that they wanted to keep the group together.”

It’s amazing how the commitment within the Cleveland Cavaliers organization is coming from all corners. From the ownership to the players, and even from someone who was considered a holdout, the concept of going all-in to complete an unfinished business is being felt by the whole league and it’s no good news to them.