Tristan Thompson’s funny story in Toronto with Raptors superfan, predicts Raptors to win it all 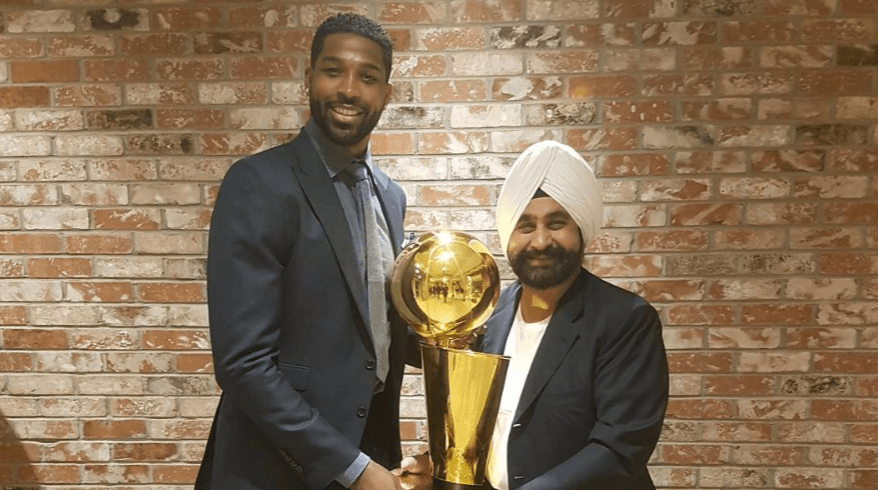 It was Tristan Thompson’s turn to take home Larry. Thompson took the NBA Championship trophy home to Toronto for the past couple of days and showed him around town. He even met some of the fans at Tim Hortons as Thompson followed in the steps of Pittsburgh Penguins player Sidney Crosby.

I saw Sidney Crosby brought the Stanley Cup to @timhortons so only right I brought Larry!! pic.twitter.com/Rac0JT9KcB

Apparently, Thompson took the trophy to meet one of the Toronto Raptors’ superfans, Nav Bhatia, per Joe Vardon of Cleveland.com

Come to think of it, Thompson is the only Canadian to win an NBA championship at least in part at the Raptors’ expense. And there he was, showing off the trophy not only to the Raptors’ biggest fan, but to, well, all of them.

“Oh man, ‘Superfan,’ he thanked me for bringing the trophy to Toronto,” Thompson said in a phone interview. “But then he said, ‘you know, Larry (O’Brien trophy) likes being in Toronto so much, why don’t you just leave it here and the Raptors will take it next season?’ He’s funny.”

So proud of my boy @realtristan13 to think I knew him when he was just a small boy with hoop dreams and now he's back as an nba champion! #hellolarry #superfan #navbhatia #amarithompsonfund #epilepsytoronto

Don’t worry, Thompson defended the trophy and it’s coming back to Cleveland.