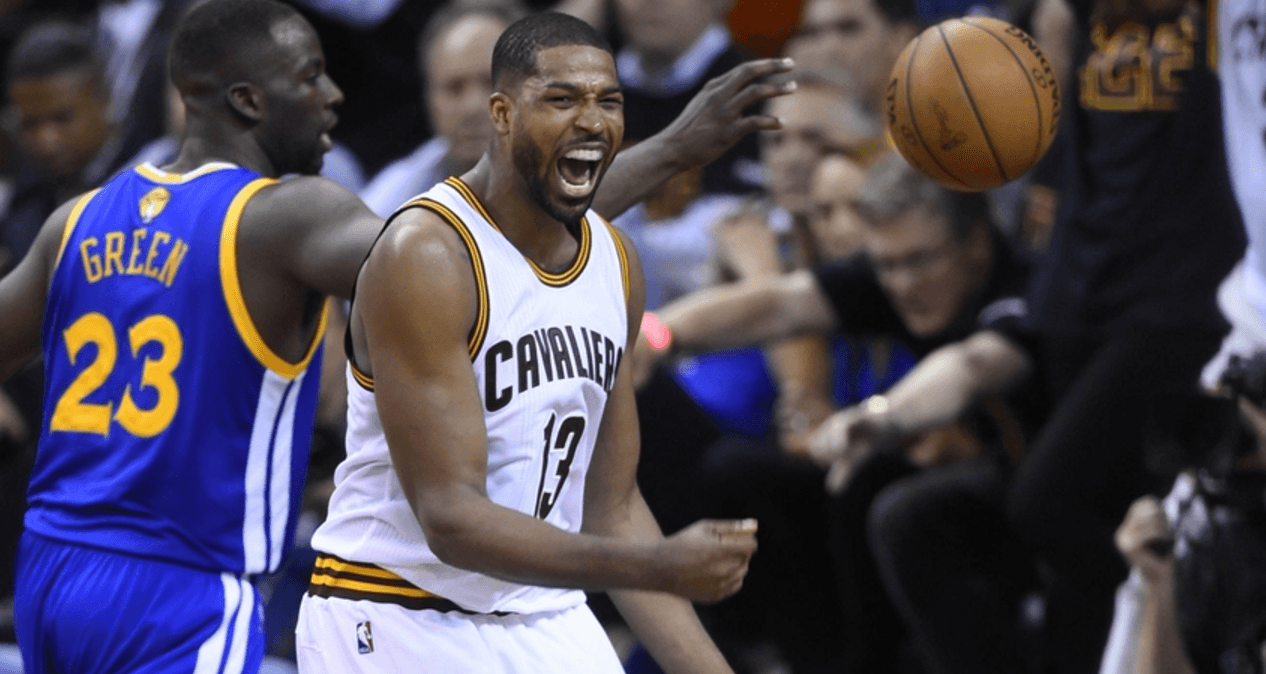 Cleveland Cavaliers forward Tristan Thompson may have had his consecutive games played streak come to an end, but he isn’t letting that bring him down.

“Knowing I’ve got another nine more years I’ve got to play consecutive games to (catch) A.C. Green, he can have it,” Thompson said after Sunday’s Game 4 closeout win against the Indiana Pacers.

Thompson’s streak of 447 consecutive games played ended on April 5th, when he missed his first game in almost four seasons (February of 2012). The 6’10” rebounding machine was held out of a pivotal matchup against the Boston Celtics due to a sprained right thumb — a game in which the Cavs won, 114-91. Thompson missed the next four games due to the thumb injury and still wears a splint today.

“It was good for me,” Thompson said of the games off. “Like coach (Tyronn Lue) says and all my teammates say, the veterans — it’s a marathon and not a sprint. Sometimes you have to take a breather and recharge the battery and I think it was great for me.”

Thompson, one of the hardest workers in the NBA, tells cleveland.com that he felt at ease with his streak coming to an end after being held out against the Celtics.

As for A.C. Green’s amazing record of 1,192 consecutive games played, Thompson simply says “he can have it.”

“He can have it,” Thompson said of Green’s record. “At the end of the day, I’ve got to do what’s best for our team. And for our team, it’s for me to be 100 percent and be at a high level for us when it comes to the postseason.” JUST IN: Coach Tyronn Lue and the Cavaliers are preparing for their second round opponent
Related TopicsCavaliersCelticsPacersTristan Thompson