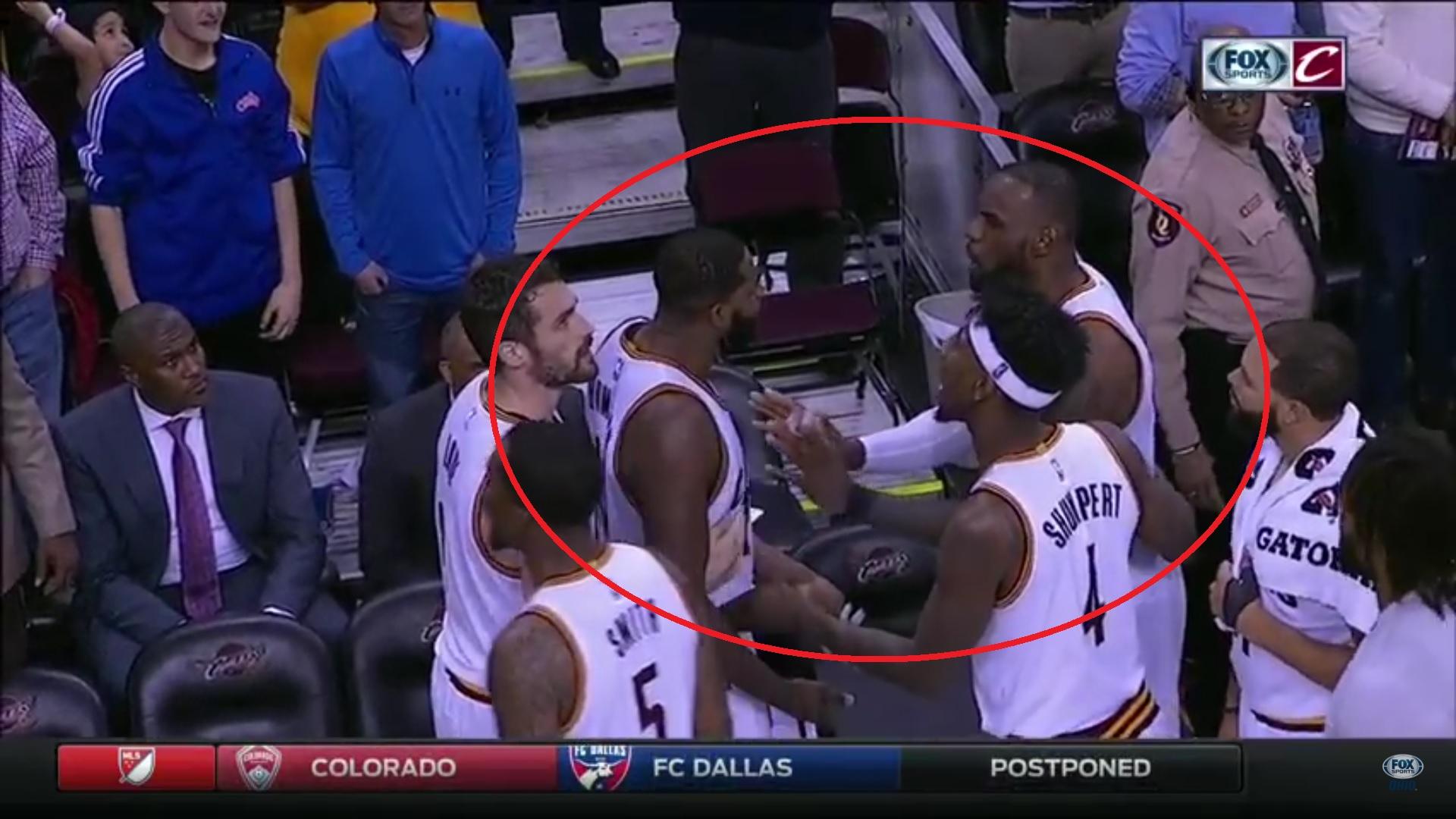 The Cleveland Cavaliers won their second consecutive game on Sunday afternoon following a three-game losing streak. The 135-130 double-overtime victory over the Indiana Pacers was full of big-time shot-making, but it also brought s little fire between LeBron James and Tristan Thompson. The two got into a heated argument following a defensive breakdown and going into a timeout late in the second overtime session.

Many took note of the exchange, one that did not look good on television. After the win, James spoke with Allie Clifton of Fox Sports Ohio, explaining what happened in the on-court dispute.

“I’ve got to do a better job of not showing up my teammates out on the floor,” said James. “I had the right intentions in my mind, but it didn’t come out of my mouth so I take full responsibility for that as the leader of this team. I gotta be a lot better than that, keep it in-house and in the locker room.”

Back in the locker room, James spoke with members of the media, where he reiterated his mistake and praised Thompson’s hard work, per Joe Vardon of Cleveland.com.

“I can’t show up my teammates, that’s for sure,” added James. “Especially Double T worked hard for our team, he’s a big-time player for our team so I had good intentions of what I wanted to happen, but the way it came out was … it didn’t look good on TV.

It may have been cool to James, but according to Vardon, a clearly frustrated Thompson left before James finished his interviews. Before he left, however, he spoke to the media as well and put a positive light on the incident.

The Cavs got the victory, and this may just be a rough patch in the midst of a tough schedule to close out the regular season. Fans are surely happy to see teammates going at it like this over a crunch-time defensive stop. The Cavs move on to play the Orlando Magic in Cleveland on Tuesday night, and we’ll see if there are any lingering effects from this incident.