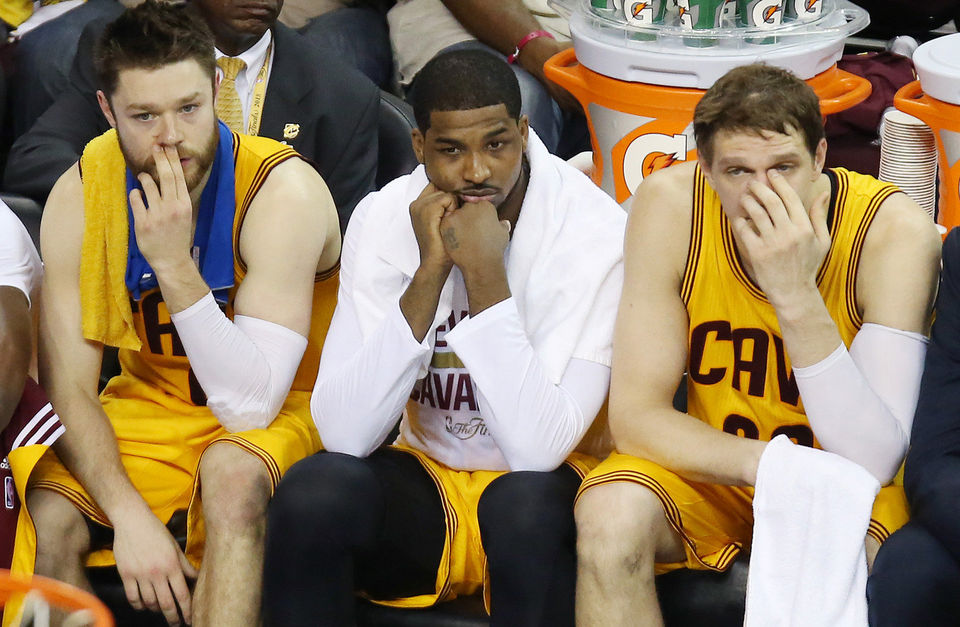 Every team needs a rebounder. The Lakers had Shaq, the Rockets had Hakeem and the Spurs had Robinson. Rebounding is an area in which every coach focuses on. Defensively, it prevents second chance points, and offensively it allows you to restart your play and gives you 24 more seconds. Since his selection in the 2011 NBA Draft, Tristan Thompson has been a tremendous rebounder who averages about nine rebounds per game in just over 25 minutes per game. Tristan is an undersized power forward/center who has developed into a a terrific rebounder. He has become one of the best sixth men in the league, and is proving how valuable he is with the Kevin Love injury.

Specifically, in an interview with Basketball Insiders he referred to Dennis Rodman as his key player to watch.

Throughout his four first years of his career, Tristan has been averaging 10 PPG and 8.4 RPG. On the other hand, Dennis was averaging nine points and eight rebounds in his first four years in the league. Dennis was also an undersized forward/center who was focusing on rebounding more that scoring. At the peak of his career, Rodman ended up averaging 18 rebounds in the 1991-1992 NBA season with the Detroit Pistons and he also led the league in rebounding seven times in his career. “I like his energy and passion”, Thompson said of Rodman, “He didn’t let any possessions off and that’s what changes a game.

Although there is a dichotomy between mild-mannered Thompson and his eccentric idol Rodman he replied: “Never judge a book by its cover. I’m all over the place. If you watch film or how I approach rebounding, if I’ve got to hit a guy or knock him off balance, I’ll do whatever it takes to get that board. I’m greedy.

With the injury of Kevin Love, more will be expected out of Tristan. We shall wait and see if he will continue to thrive or he will get exposed when asked to do more on the court. In Game 6, Tristan grabbed six offensive rebounds and 17 total rebounds while also keeping Pau Gasol, an all-star, from going off. The future looks bright for the 24 year old Canadian and the Cavaliers should they be able to retain him.