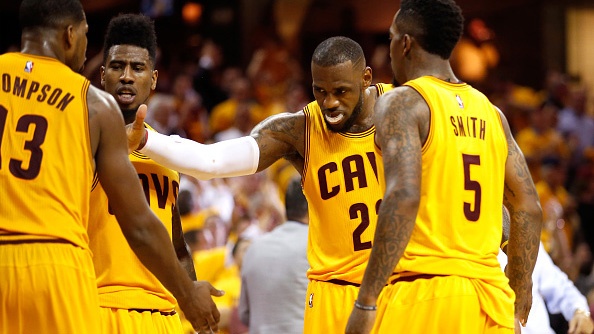 If you were watching last night’s game between the Cleveland Cavaliers and the Sacramento Kings, you may have noticed some players wearing a retro version of LeBron James’ first signature shoe, the Nike Zoom Generation 1.

Nike recently announced the release of a retro version of James’ now-famous shoe. In what can only be described as a sentimental gesture, James presented boxes of the shoes to his Cavaliers teammates prior to them being officially available. Several members of the team, including James, Tristan Thompson, and Iman Shumpert, elected to wear a red and white colorway (typically referred to as “The First Game”) of the new shoe during last night’s match-up in Sactown.

After the game, Thompson posted a photo of himself wearing a pair of the “LeBron 1s” that James so graciously gifted to his teammates.

Great win today! Congrats to my bro @kingjames on the rerelease of his first signature shoe. Had to get a fit off with them! #RWTW #StriveForGreatness

James recently spoke to ESPN’s Dave McMenamin with regards to the affinity he has for his first signature shoe.

The first one is my favorite because it’s the beginning,” he said. “It’s like your first child. I know you’re not supposed to pick one or the other, even though my daughter is above everybody in the household right now, but it was the first, it was the start of it all. I’m just blessed to be in this position today.”

James spoke to members of the media in a post-win locker room with regards to his teammates wearing the shoe.

James’ signature shoe will be released on January 25. Retail price for the kicks will start at $175. 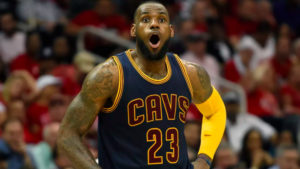