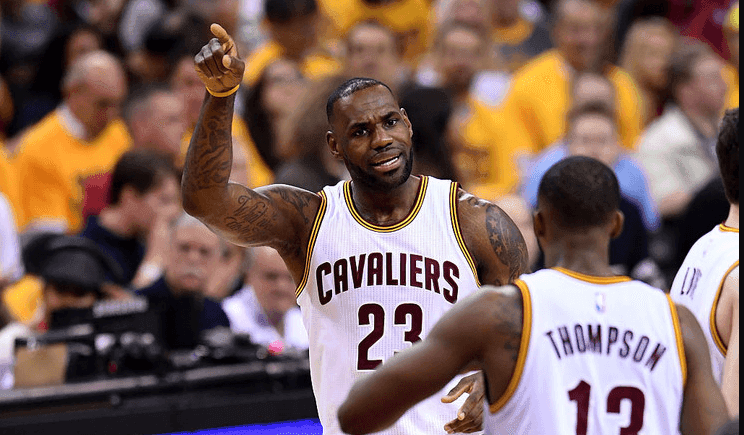 The Cavaliers are now down 3-0 in the NBA Finals to the Golden State Warriors, despite a valiant effort on Wednesday night. Kyrie Irving and LeBron James combined for 77 points, with JR Smith adding in 15. No other Cavalier reached double digits in scoring. While Tristan Thompson’s role with the team is not as an offensive focal point, his contributions thus far have been almost imperceptible.

During the 2016 NBA Finals, Thompson was one of the Cavaliers’ most indispensable players. He played solid perimeter defense, even against the smaller, quicker sharpshooters of Golden State. He was able to stay in the paint with the Warriors’ Speights and Green and affect shots and secure rebounds on both ends of the floor. The Cavs don’t win that series without Thompson’s incredible impact.

This year, however, quite the opposite is true.Thompson has been a liability offensively and ineffective defensively, and is being a large detriment to the Cavs’ chances of winning games. Why is this, and can anything be done about  it?

Much has been made about Kevin Durant leaving the Thunder to join the Warriors almost a year ago. But I don’t think we as Cavs fans really understood the impact of that addition until these Finals began. Durant has completely changed the Warriors’ strategy up and down the roster. ZaZa Pachulia starts at center, but has played less than 15 minutes in each of the first three games. His backup, JaVale McGee, has garnered 16 minutes in the entire series. This signifies a large change in philosophy for the Warriors; they are now almost exclusively a ball-moving jumpshot team, and have ditched the interior post scoring methods in favor of more three-pointers. It’s certainly worked well so far, because of one player; Durant. He is listed at 6’9”, but has admitted that he lied about his height when entering the draft so that he would not be forced to play PF or C. In reality, he is over seven feet tall on the court. This allows the Warriors to remain competitive defensively, while having five floor-spacing shooters on the court at the same time. Draymond Green acts as the center, but he hangs out around.

Part of Cleveland’s comeback last season was priorities, as the Cavs knew they could live with Harrison Barnes trying to score on Thompson after all the rotating. Now, the Warriors have a much more punishing forward in Durant and Thompson couldn’t appear more out of place.

You would think this would harm the Warriors when the Cavaliers are on offense, because theoretically, since the Warriors play without a true center most of the time, the paint would be open for easy lay-ups and offensive rebounds, right? Wrong.

Thompson has no offensive range, so he’s forced to remain in or near the paint at all times. This disrupts the Cavs’ spacing, which doesn’t help out James or Irving, whose best game facets are their driving and finishing abilities. The Warriors are able to collapse on the slasher because they already have at least one player close by. But Thompson’s best contribution is his rebounding. How is that going? Not well at all.

In Game 1, Thompson had three offensive rebounds and one defensive. In Game 2, two of each. And in Game 3, one and two. That’s a total of 11 rebounds in three games. To put this number into perspective, Stephen Curry had 13 rebounds in Game 3 alone. And he’s a point guard. This is simply unacceptable for Thompson.

As far as his offensive impact, he’s scored eight points, all of which came in Game 2.

He has a -27 PER through 3 games. His minutes have hovered around 22-23, which is still too much, and is nothing compared to his playing time from the past two Finals.

Thompson is now a very bad matchup against Golden State. In this series, he needs to be benched. For the future, if the Cavaliers are interested in building a team to counter the Warriors, as they should be, it may be wise to attempt to move on from Thompson.