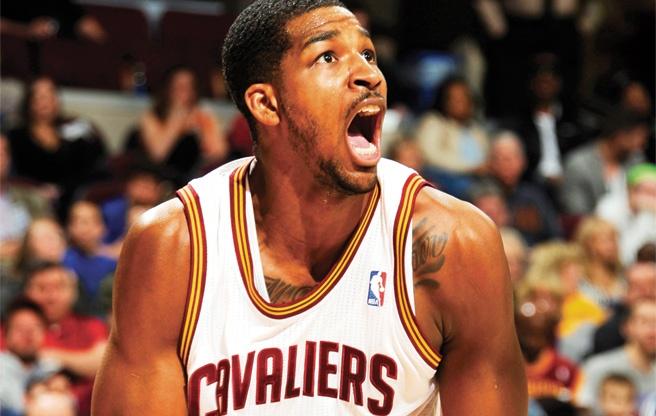 Lost in the flurry of summer signings by the Cleveland Cavaliers is Power Forward Tristan Thompson’s desire for a new contract. He has glimpses of potential, and reports suggest that he believes he deserves such compensation. As reported by the Akron Beacon Journal’s Jason Lloyd, “What hasn’t been discussed is a contract extension for [Thompson] – at least not yet. The two sides haven’t really discussed numbers, one source involved in the process said recently, but that isn’t a surprise.[Thompson] will ask for the type of money previously given to Derrick Favors (four years, $49 million) and Larry Sanders (four years, $44 million).”

In terms of production, Thompson is on par with Favors and Sanders, although Sanders was out for most of the 2013-2014 season after eye surgery. While Thompson had decent stats in the ’13-’14 season, Tristan started every game, but that will likely change this season now that LeBron James and Kevin Love are in town.

Losing the starting job isn’t incredibly tragic for Thompson, as he could potentially have a big role in leading the second unit when the first string takes a breather. Aside from Delladova and Thompson, the players that will get significant playing time off the bench (Marion, Jones, Miller, Haywood) are in their thirties.

One thing to keep in mind is that LeBron and Kevin Love can both opt out of their contracts after the 2014-2015 season, which means that the Cavs have to keep ample cap space for two of their three star players. If they were to opt-in to the last year of their respective contracts, the Cavs will be spending $53 million of the projected $66.5 million cap in 2015 on only the big three. They will reach the cap with just James, Love, Irving, Thompson, and Waiters, leaving the exceptions and minimum money for the remaining 10 players.

Another player that will require attention is Shooting Guard Dion Waiters, who will enter the last year of his rookie contract after this coming season. I find it more likely that they will resign Thompson somewhere in the neighborhood of $32 to $36 million over 4 years. His agent Rich Paul happens to represent LeBron James, so the two sides should have no problems coming to an agreement.

While it may seem like a hefty amount to pay for a player coming off the bench, he could potentially start at Center in case Center Anderson Varejao cannot come to an agreement with the Cavs for a new contract for the 2015-2016 season. Varejao is being overpaid in the last year of the deal he signed in 2009, and the Cavs will definitely not resign him for nearly as much.

Tristan Thompson will most likely not make it to Restricted Free Agency; instead, he’ll probably re-sign with the Cavs before the October 31st extension deadline. Thompson’s numbers will take a hit, but he will fit more comfortably with Varejao and Love in the frontcourt.