When the Cleveland Cavaliers pulled off a major assembly last season by getting LeBron James, Kyrie Irving, and Kevin Love to put on the same Wine and Gold threads, everyone’s eyes turned their attention to what’s happening in Northeast Ohio.

For good reasons, the Cavaliers’ version of the Big Three was met with a lot of hype. However, reality crashed the party and the trio’s flaws were exposed. Chemistry, commitment, and sacrifices were questioned, but James, Irving, and Love were able to get it together as the regular season ended.

But without an NBA title, there are still some who find it hard to accept the Big Three tag on the Cavs’ trio, and that includes former NBA player and now ESPN analyst Tracy McGrady.

To be fair to McGrady’s statement, the Big Threes from recent memory did bring championships to Boston, San Antonio, and Miami.

But for all their flaws, Cleveland still fell two wins short of an NBA title last year with only a third of their star triumvirate able to make it till the finish line. This season, LeBron James, Kyrie Irving, and Kevin Love are out to finally silence the critics and they are in a good position to do so.

With the trade deadline a thing of the past, the Cavs’ trio can now continue leading the way for their team sans the speculation and uncertainty on the makeup of their roster. 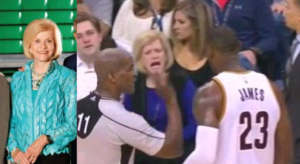