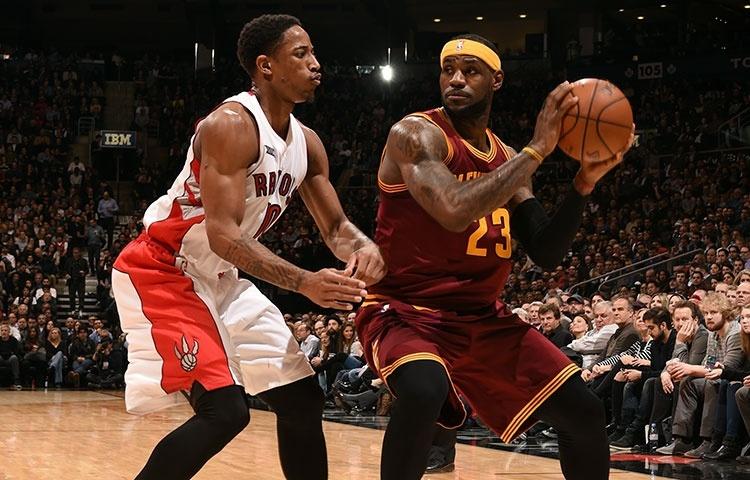 The Cavs got absolutely obliterated by the Golden State Warriors on Monday night. There’s really no easier way to put it. They’ll have to come back and recover from this in a tough back-to-back set against the Brooklyn Nets and the L.A. Clippers.

LeBron James and his teammates have been voting for each other to go to the 2016 NBA All Star Game in Toronto via Twitter. James took to Twitter to vote for his teammates Kyrie Irving and Kevin Love before the Warriors game. After the loss, the Toronto Raptors Twitter account responded to James with this tweet.

There’s been some talk about Irving not deserving to be a starter for the All Star Game, as John Wall, Kyle Lowry, DeMar DeRozan, and Jimmy Butler have played more games and have arguably outplayed him in terms of production. But Irving is the most fun to watch of those five players due to his ability to cross opponents over whenever he wants and hit some big shots, so we hope that he ends up being named a starter.